Giants Lose Heartbreaker in The Hat 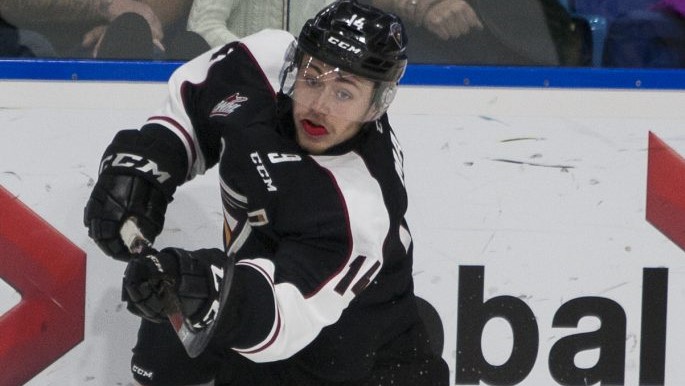 The Vancouver Giants lost in heartbreaking fashion on Saturday evening, falling 5-4 to the Medicine Hat Tigers at the Canalta Centre. James Malm scored twice for Vancouver while Ty Ronning and Jack Flaman also bagged goals. Ryan Kubic made 35 saves in the Giants’ net.

Malm scored his first of the evening with a hard shot off the rush less than two minutes into the game to give Vancouver the early lead. John Dahlstrom evened the score for the Tigers late in the first period.

Ronning put Vancouver ahead again, knocking a rebound past Medicine Hat goalie Michael Bullion from the top of the crease. Flaman added a shorthanded goal on a 2-on-1 later in the stanza before Steven Owre beat Kubic with a wraparound to pull the Tigers back to within one goal.

The G-Men will wrap up their road trip on Sunday afternoon against the Kootenay Ice in Cranbrook. Puck drop is set for 3:00pm.