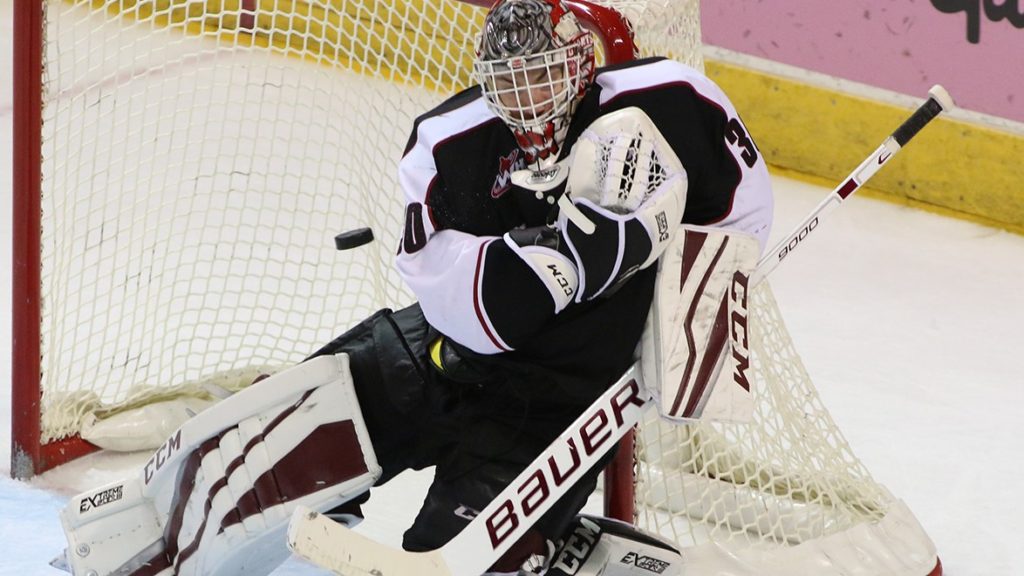 The Vancouver Giants lost 3-1 to the Victoria Royals on Saturday night at the Save-On-Foods Memorial Centre. Calvin Spencer had the Giants’ lone goal while David Tendeck made 20 saves in the Vancouver crease.

Vladimir Bobylev opened the scoring for the Royals 90 seconds into the game, tipping home a centring feed from Matt Phillips as he drove hard to the net. Jared Dmitriw extended the Victoria lead later in the stanza when he chipped a rebound past Tendeck after helping to force a turnover at the Vancouver blue line.

Dmitriw scored again just before the midway mark of the second period on a clean shot from the slot. Spencer put the G-Men on the board with a power play goal, wiring a wrist shot past Griffen Outhouse from the right circle, later in the middle frame.

The Giants out shot Victoria 32-23 in the losing cause. Vancouver went 1-for-3 on the power play.

The two teams will meet again on Sunday night in Victoria. Face-off is set for 7:05pm.