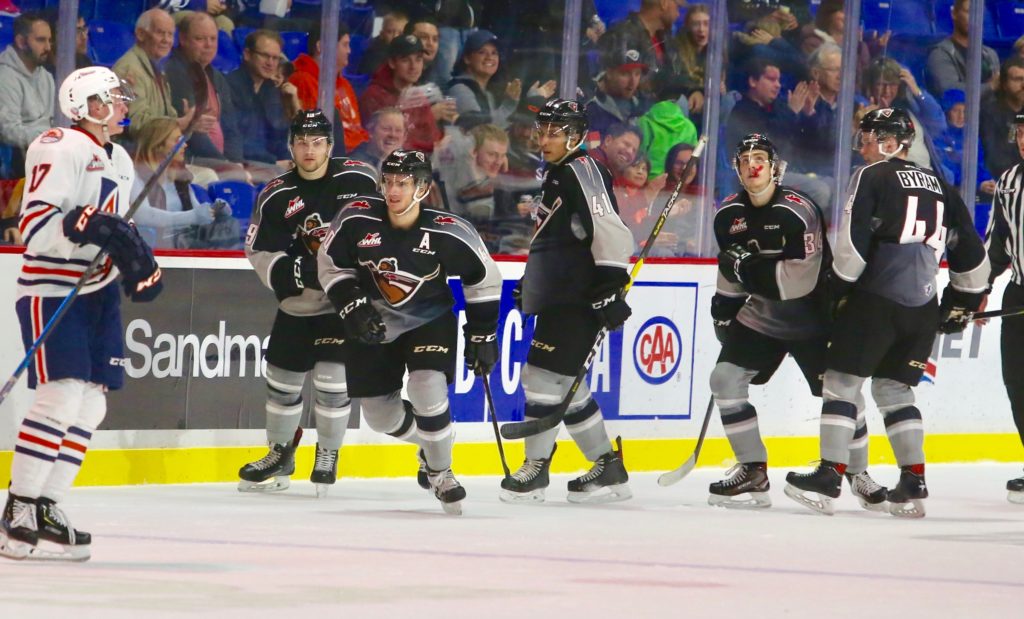 Saturday night in Langley in front of 3487 strong the Vancouver Giants (12-3-2-0) earned a hard-fought 2-1 victory over the visiting Kamloops Blazers (6-7-1-1). Milos Roman and Yannik Valenti supplied the offense for the Giants while goaltender David Tendeck made 29 saves in net to earn his eighth win of the season. Zane Franklin had the Blazers lone goal which came on a second period power play. Dylan Ferguson stopped 31 of the 33 Giants shot he faced between the pipes for Kamloops. The win moves the Giants eight points ahead of Victoria for first in the B.C. Division and keeps them four points up on the Everett Silvertips for first in the Western Conference.

The Giants outshot the Blazers 11-6 and set a strong physical tone. With under a minute remaining in the period, Bowen Byram found Milos Roman in the high slot off the rush and the Calgary Flames prospect wired his team-leading eighth goal of the season home to make it 1-0 Giants. For Roman it marked a third straight game with a goal.

The Giants and Blazers traded goals in the middle frame. Yannik Valenti potted his second of the season off a Parker Hendren rebound at 7:11. Newly acquired forward Tristen Nielsen earned the second assist on the play. Kamloops answered with a power play goal at 17:20 from Zane Franklin. Franklin’s team-leading 12th was set up by Kobe Mohr and Orrin Centazzo.

Both teams fired 14 shots on the other but both goaltenders stood their ground. Dylan Ferguson made some key saves early in the period for Kamloops, and David Tendeck survived a late onslaught from Kamloops with the extra-attacker, keeping his team ahead 2-1.

Kamloops: 1-for-2 on the power play

Vancouver: 0-for-1 on the power play

Next Giants Game: Saturday, November 10th at 7:00 PM at home against Prince George.