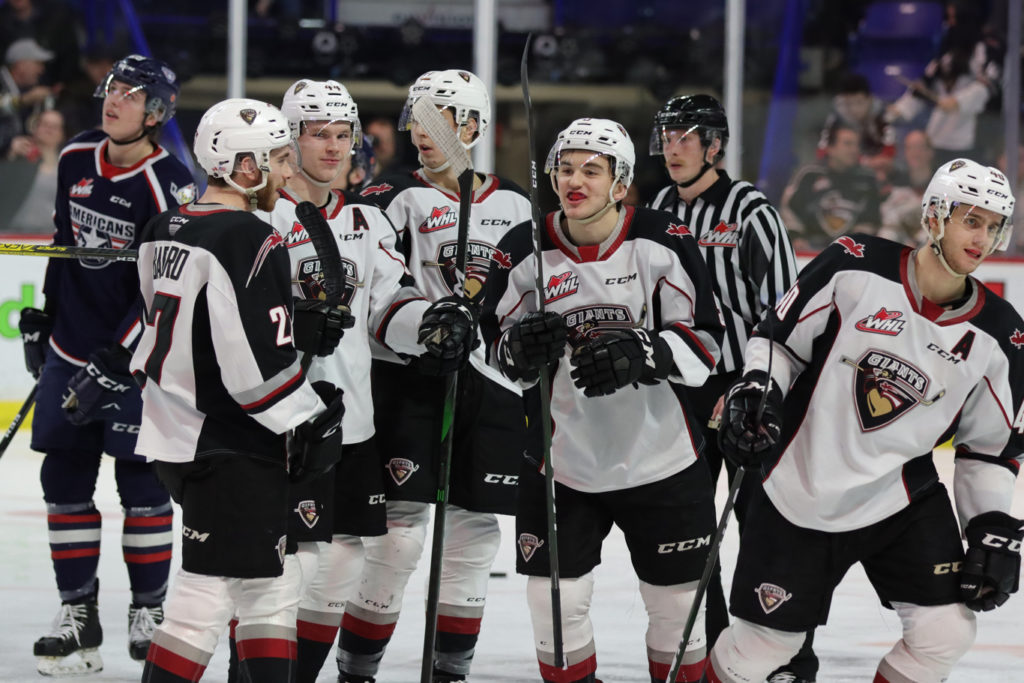 The Vancouver Giants kicked off their five-game home stand with a record-setting performance. Tuesday night at the LEC the Giants set a franchise single-game record with 12 goals scored in a 12-4 decision over the Tri-City Americans. 17 Giants found the scoresheet, and 12 of them had multi-point games as the Giants (23-20-3-2) earned their fourth straight victory. Tyler Preziuso and Michal Kvasnica each scored twice while Cole Shepard led all Giants skaters with four points (all assists).

THE GIANTS CAPTURED THEIR FOURTH WIN IN A ROW

VAN – Bowen Byram (5) wired a shot home from the left-wing point with 1.7 seconds left on the clock to make it a 3-1 lead for Vancouver.

VAN – Tristen Nielsen (23) extended the lead to 4-1 off a shot from atop the left-wing circle.

VAN – At 8:13 of the third period, Kaden Kohle stuffed a backhand shot home on the power play to record his first WHL goal. 8-2.

VAN – Michal Kvasnica’s (6) second goal of the night came off the rush at 14:31, to help the Giants match their previous single-game high for goals. 11-4 was the score.

VAN – Seth Bafaro made it 12-4 Giants on a power play at 17:10, giving the Giants a new single-game record for goals.

Next Game: On Saturday night at home against the Prince George Cougars at 7:00 PM.

“What we liked as that they scored first, but we responded quickly. We did a good job of maintaining our habits. We’re happy that the younger guys got to play more tonight and generate some more confidence.” – Head Coach Michael Dyck

“Michal Kvasnica had a good game. Kaden Kohle scores his first goal, and it’s been a long time coming for him. Our younger guys were given more opportunity tonight and they all played really well.” – Head Coach Michael Dyck