Giants to Honour Craig Cunningham On December 2nd vs. Tri-City 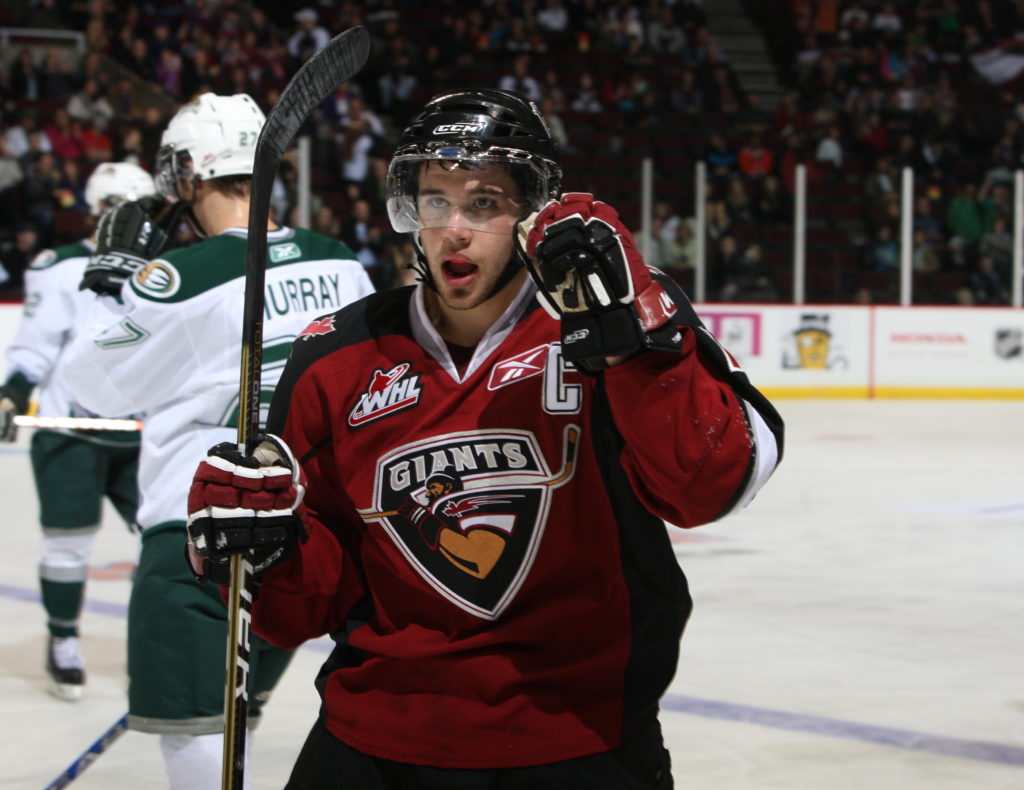 The Vancouver Giants are pleased to announce that former captain Craig Cunningham will be the guest of honour on Sunday, December 2nd when the Giants face the Tri-City Americans at 4 PM at the Langley Events Centre.

That night, Cunningham will be added to the Vancouver Giants Wall of Honour during a pre-game ceremony. Additionally, the Giants will wear commemorative “All Heart” themed jerseys during warmup to help raise awareness towards Craig Cunningham’s All Heart Foundation. The warmup jerseys will then be autographed by both Craig and the individual player and sold via online auction with proceeds going towards the All Heart Foundation.

“I am forever grateful to the Vancouver Giants organization for providing me with some of the most enjoyable and important years of my life,” said Craig Cunningham who is now a professional scout with the NHL’s Arizona Coyotes. “I am so thankful to Ron Toigo and the entire Toigo family, Sultan Thiara, Scott Bonner, Don Hay, my billets, my teammates and the Vancouver Giants fans for their support over the years. I’m very excited to return to Vancouver and I’m honoured to be included on the Vancouver Giants Wall of Honour.”

“We are very excited to have Craig Cunningham take his rightful place on the Vancouver Giants Wall of Honour,” said Giants Majority Owner, President and Governor, Ron Toigo. “Craig’s hockey and life journey has inspired many, and the Vancouver Giants forever grateful for Craig’s dedication, perseverance, leadership and character that he demonstrated daily both on and off the ice.”

Toigo adds, “I don’t think it’s a coincidence that during Craig’s tenure with the Giants, we won the Memorial Cup, four B.C. Division titles and played some of our most exciting hockey ever.”

Cunningham suited up in 295 career games with the Vancouver Giants between 2006-2010. During that span he scored 86 goals along with 136 assists for 222 points along with 247 penalty minutes. He added 18 goals and 24 assists for 42 points in 58 playoff games. He sits third all-time in points, second all-time in games played and fifth all-time in assists. He will also in attendance during Legends of the Coliseum Night on Saturday, December 1st when the Giants battle the Tri-City Americans at the Pacific Coliseum.

Get Tickets to the Sunday, December 2nd game against Tri-City HERE.