Giants Hold Serve With A 3-2 Home Victory In Game 3 Vs. Kamloops 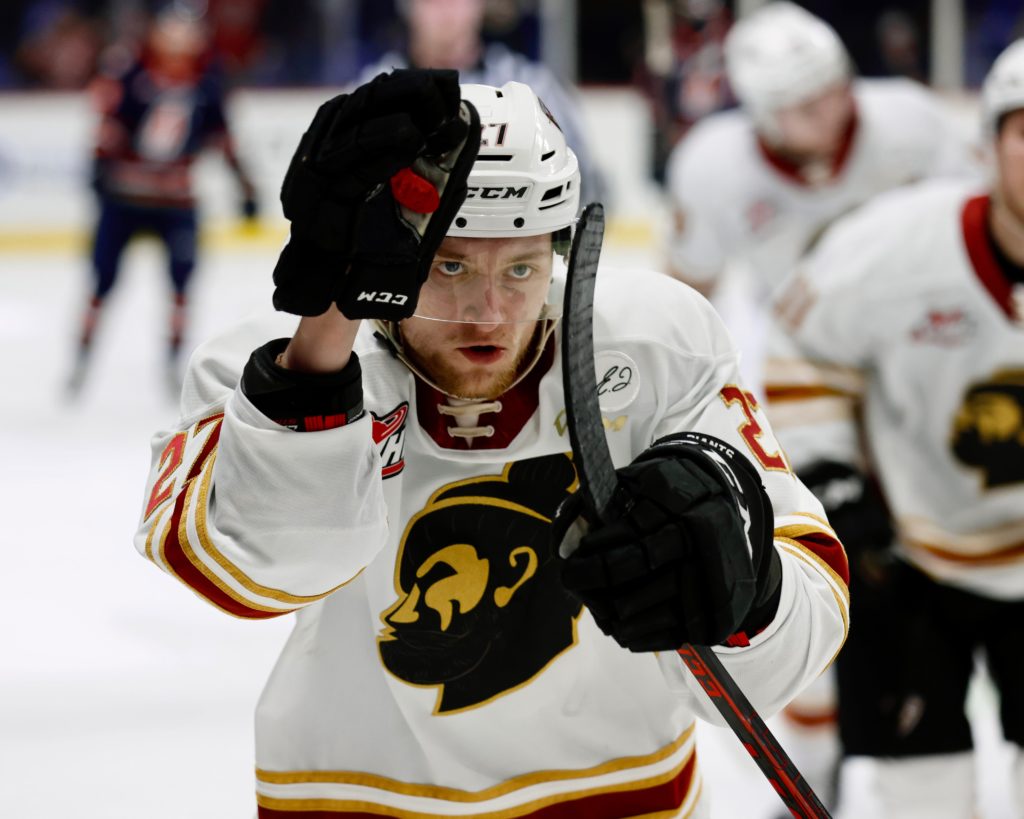 The Vancouver Giants have new life in their second-round playoff series with the Kamloops Blazers. The Giants held three different leads on Tuesday night, and held on to their third one in a dramatic 3-2 victory over the Kamloops Blazers. The Giants power-play went two-for-two and was responsible for the game winning goal off the stick of Alex Cotton with less than four minutes remaining in the third period. Alex Cotton, Fabian Lysell and Ty Thorpe each recorded two points and Jesper Vikman supplied 34 saves in the Giants net, giving them their third straight home victory. Fraser Minten (1G, 1A) and Mats Lindgren (2A) responded with a pair of points each for Kamloops who received 29 saves in net from Dylan Garand. It marked the first loss of the playoffs for Kamloops.

GIANTS NAB THEIR FIRST WIN OF THE SERIES

VAN – 11:55 into the first Justin Lies took a feed down the right wing, and wired home his first goal of the playoffs. The play was set up off a backhand pass from Jaden Lipinski as he entered the offensive zone. The second assist came from rookie Matthew Edwards.

KAM – With 10:15 remaining in the second period, Fraser Minten (4) got the Blazers on the board with a hard wrist shot from the top of the left circle that snuck past Jesper Vikman. The goal was set up by Mats Lindgren and Matthew Seminoff.

VAN – At 15:55 Ty Thorpe (2) regained the lead for the Giants on the power-play off a scramble. Ty Thorpe followed up an Alex Cotton rebound and knocked it by Dylan Garand. Alex Cotton and Fabian Lysell both assisted.

KAM – With 11:22 remaining in the third period, the Blazers tied the game at 2-2 with a Drew Englot (3) power-play goal. Englot tipped the puck in off a Mats Lindgren point shot that beat a screened Jesper Vikman. The second assist from Fraser Minten.

VAN – With just 3:24 second remaining in the final frame, Alex Cotton (6) gave the Giants their final lead on the power-play as he unleashed a one-timer from the left circle that snuck up above Garand’s right shoulder. The play was generated off a face-off win from Ty Thorpe that dropped back to Fabian Lysell who slide the cross-ice feed for the game winning goal.

Next Game: The Vancouver Giants and Kamloops Blazers will meet again for

Game 4 on Thursday night at the Langley Events Centre. Puck drop at 7:00 PM.