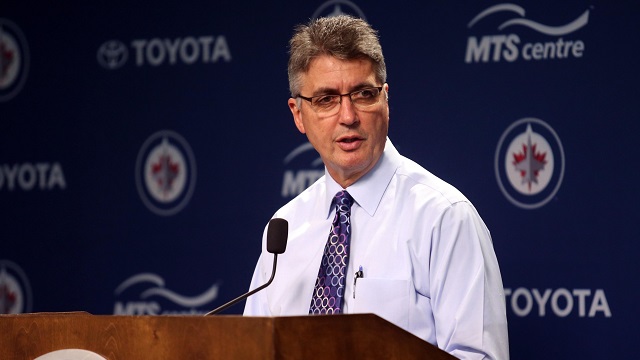 The Vancouver Giants announced on Sunday that Claude Noel has been named the fifth Head Coach in franchise history.

“We’re excited to have Claude join our organization,” said Giants General Manager Scott Bonner. “He has worked extensively with Ken Hitchcock, who is one of the best coaches in WHL history, and with Claude coming from the NHL, we know he’s one of the top coaches in the world. We’re confident that he can get us back on track.”

“I’m thrilled to be joining the Giants organization,” said Noel. “I’m familiar with the youth and the young players and the league, and I view it as a really good situation and a good opportunity. I watched the game last night against Calgary. I thought our team played really well, and I was really happy that we won. I’m excited to get to work this week.”

A native of Kirkland Lake, Ontario, Noel has coached professional hockey for over 25 years. Also of note, he was the Head Coach of the Milwaukee Admirals for four seasons where he won the Louis A.R. Pieri Memorial Award as the Coach of the Year in the AHL in 2004 after his team won the Calder Cup. He also coached the Vancouver Canucks’ AHL affiliate, the Manitoba Moose, in the 2010-11 season.

Noel had a 12 year professional hockey career as a forward, suiting up for teams in the AHL, NAHL and IHL. He also played seven games in the NHL with the Washington Capitals in the 1979-80 season.

The Giants’ next home game is on Friday, December 5th when the Portland Winterhawks visit the Pacific Coliseum. Face-off is set for 7:30pm, and the Giants will pay tribute to Pat Quinn in a special pre-game ceremony. For tickets, call 604-4-GIANTS (604-444-2687) or click here.