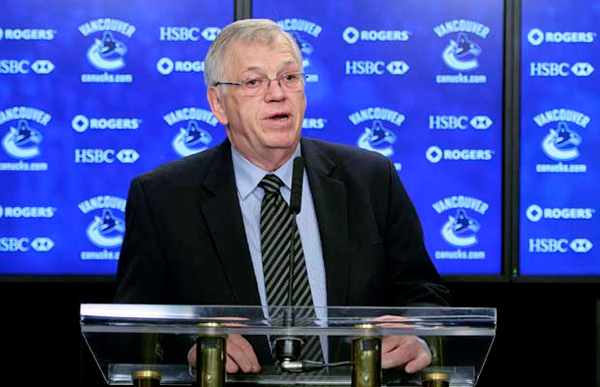 “Bob Brown is one of the most highly respected, knowledgeable hockey minds in the business and he will be a welcomed addition to our hockey operations staff,” said Giants GM Barclay Parneta. “Over the course of his career in hockey, Bob Brown has experienced so much success and his experience will be a huge asset for us as we continue our pursuit of a championship.

Brown joins the Giants after spending each of the past 16 seasons with the NHL’s Edmonton Oilers as an amateur scout. Prior to joining the Oilers, Brown experienced historic success in the Western Hockey League working five seasons with the Tri-City Americans as General Manager and Vice President and 10 seasons as General Manager of the Kamloops Blazers from 1986 to 1995.

“I’m extremely excited by the opportunity to join the Vancouver Giants Hockey Club as a senior Advisor to their hockey operations department,” added Bob Brown. “The Giants have established an impressive record in their short tenure in the WHL – Winning a league championship and winning the prestigious Memorial Cup. I’m looking forward to working with General Manager Barclay Parneta and Head Coach Michael Dyck.”