Giants Grind Their Way to Another Point In Kelowna 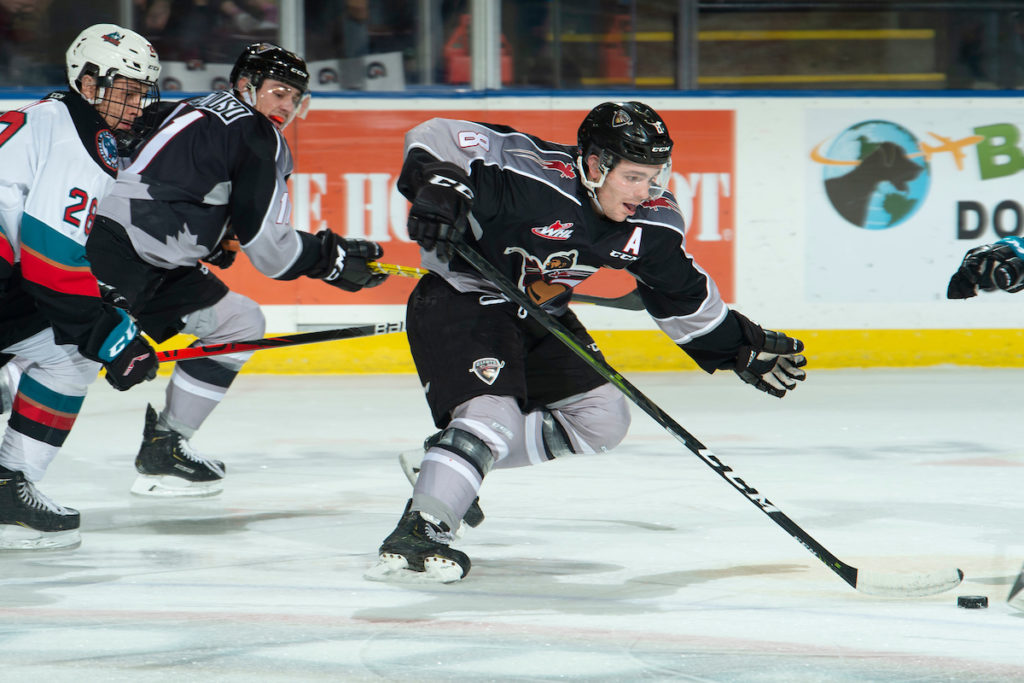 Saturday night in the Okanagan the Vancouver Giants (17-16-2-2) earned another hard-fought point in a 3-2 shootout loss to the Kelowna Rockets (20-14-1-2). Tristen Nielsen (18) and Holden Katzalay (1) supplied goals for the Giants while goaltender David Tendeck put forth another strong outing between the pipes stopping 34 shots fired his way. Pavel Novak and Liam Kindree responded with goals in regulation for Kelowna while Conner McDonald’s goal in the third round of the shootout helped clinch Kelowna’s first victory of the season against Vancouver. Roman Basran made 23 saves in the Kelowna net.

KEL –Liam Kindree (8) opened the scoring for Kelowna off a shot from the right-wing circle at 16:32. Jadon Joseph and Elias Carmichael both earned assists.

VAN – 25 seconds later the Giants responded when Holden Katzalay spun around in the high slot and backhanded his first WHL goal past Roman Basran. Seth Bafaro and Zack Ostapchuk supplied the assists.

VAN – Tristen Nielsen moved the Giants ahead 2-1 when his shot from the right-wing circle ripped past Roman Basran at 4:21. Connor Horning and Milos Roman both assisted on Nielsen’s team-leading 18th goal.

KEL – Back came the Rockets at 11:04 when Pavel Novak parked himself in the left-wing circle and one-timed home a Conner McDonald cross-ice pass to tie the score.

Next Giants Game: Friday, January 10th in Spokane against the Chiefs at 7:05 PM.