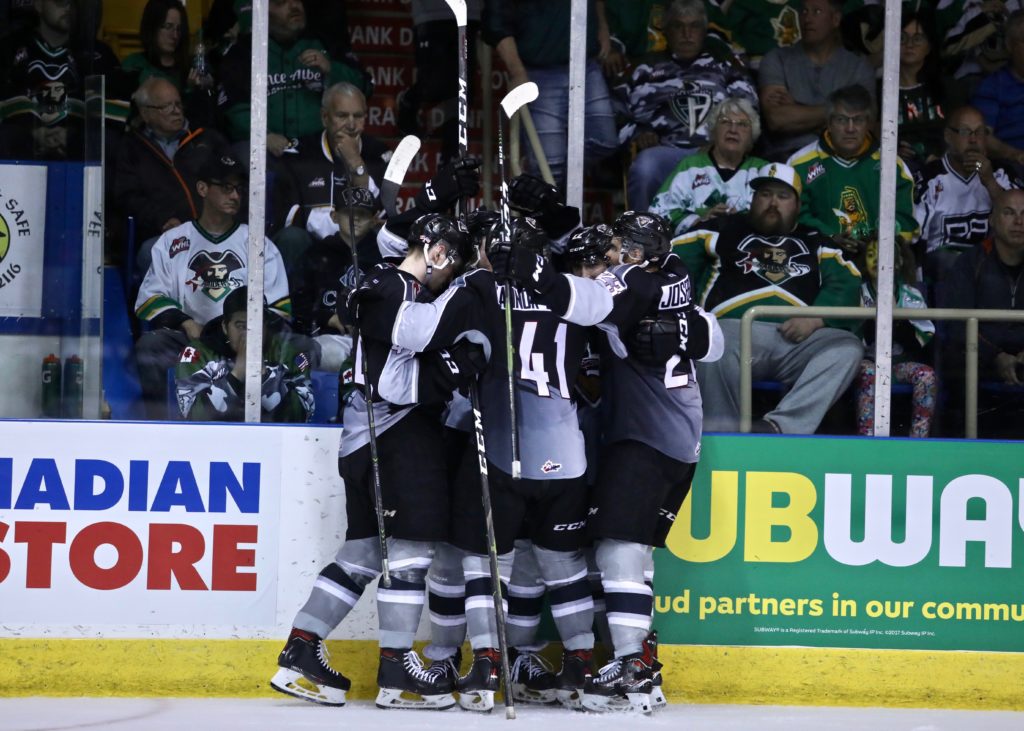 The 2019 Rogers WHL Championship Series is going the distance. Sunday night in Prince Albert, SK the Vancouver Giants earned a 4-2 victory over the Prince Albert Raiders, forcing a seventh and deciding game tomorrow night at 6 PM PT. Davis Koch paced the Giants with two goals while goaltender David Tendeck made 36 saves as the Giants secured their second victory in a row, and their second road victory of the championship series. Parker Kelly responded with both goals for the Raiders while goaltender Ian Scott made 23 saves.

PA – Parker Kelly (7) wasted little time getting the crowd of 3289 into the game as he scored his first of the night just 53 seconds in.

VAN – Davis Koch (3) responded quickly for Vancouver with his first of two on the night. At 6:58 he took a pass from Justin Sourdif and tucked a backhand shot past Ian Scott to even the score.

VAN – Owen Hardy gave the Giants the lead at 15:17 off the rush. He skated into the slot, took a feed from Jared Dmytriw and he wired his fifth of the playoffs home off a laser from the slot. Jared Dmytriw also earned an assist.

PA – The Raiders struck with 33 seconds to go in the period and again it was Parker Kelly (7). This time he shovelled a backhand by David Tendeck in close off a feed from Aliaksei Protas.

VAN – Jared Dmytriw (9) moved the Giants back ahead at 3:40 he pounced on a rebound and backhanded it up and over the right pad of Ian Scott. Seth Bafaro notched the second assist on the play.

VAN – Davis Koch (5) ended all hopes of a Raider comeback when he fired his second of the game into the empty net from the neutral zone. Jadon Joseph had the lone helper.

Prince Albert: 0/2 on the Power Play