Giants Fall In Their Preseason Finale 5-1 to Kamloops 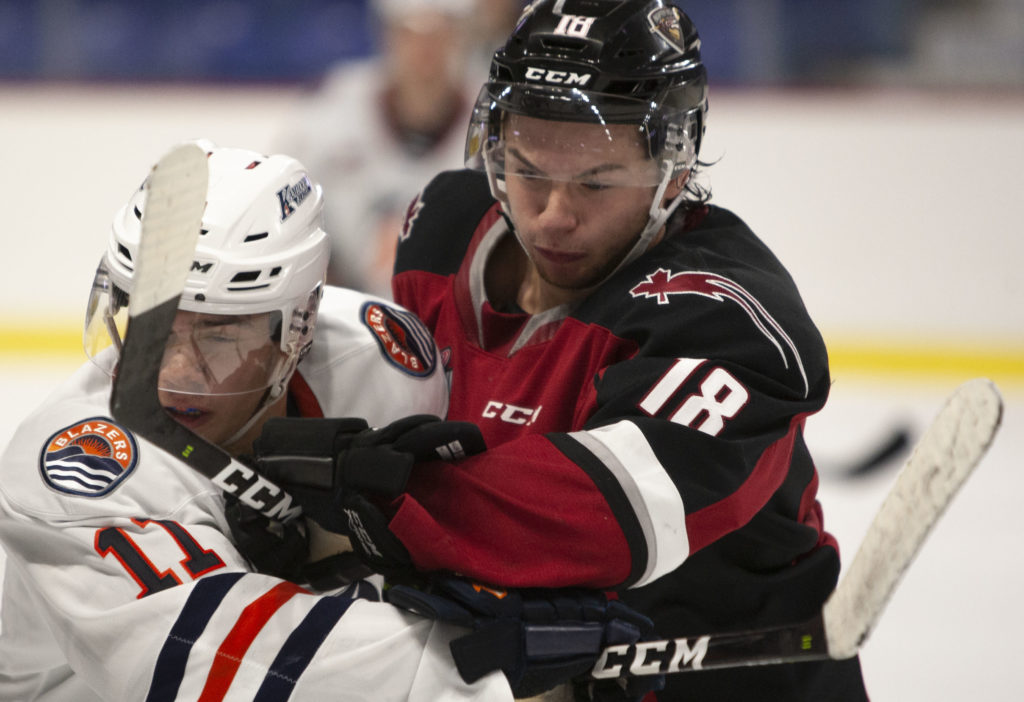 Sunday night at the Langley Events Centre the Vancouver Giants dropped a 5-1 exhibition decision to the Kamloops Blazers. Zane Franklin (1G, 2A), Logan Stankoven (2G, 1A) and Orrin Centazzo (1G, 1A) combined for eight points for Kamloops while Zack Ostapchuk had the lone tally for the Giants in the third period. The loss moved the Giants preseason record to 4-2. The Blazers improved to 5-0.

GIANTS FINISH PRESEASON WITH A 4-2 RECORD

KAM – 1:11 into the game, Zane Franklin finished off a feed from Orrin Centazzo to notch his fourth goal of the preseason.

KAM – With just 17 seconds left in the frame, Logan Stankoven scored his first of two on the night. Stankoven’s goal came via the power play and was set up by Luke Zazula and Inaki Baragano.

VAN – Zack Ostapchuk put Vancouver on the board at 10:08 of the final frame when his shot from the left-wing circle off the rush beat Rayce Ramsay’s glove. Justin Sourdif and Lukas Svejkovsky both assisted.

KAM – Orrin Centazzo snagged the game’s final goal at 14:46. Both of his linemates (Centazzo and Franklin) factored into the goal as well.

Kamloops: 2/7 on the Power Play