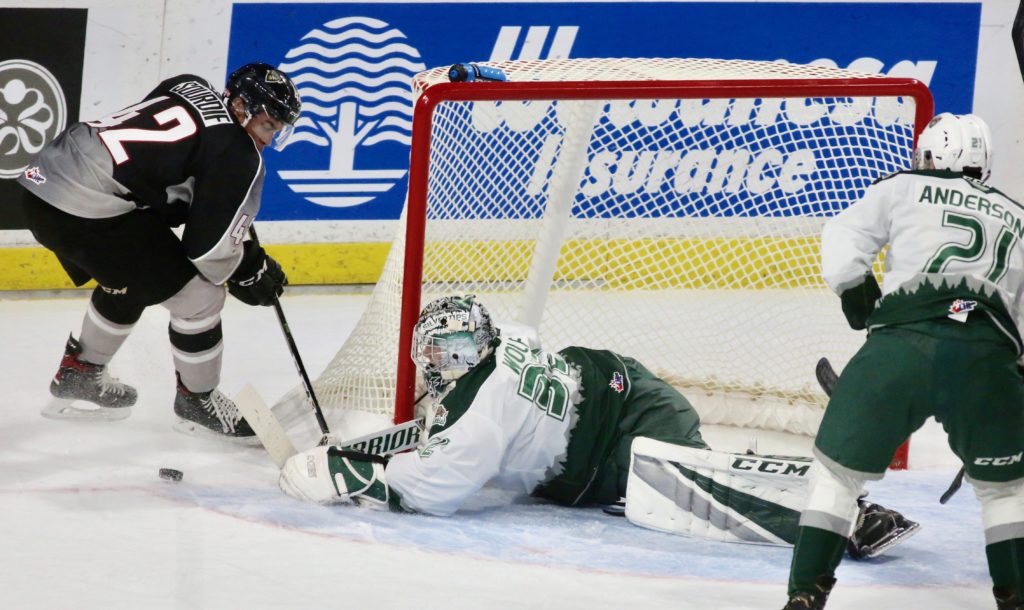 Friday night at the Langley Events Centre the Vancouver Giants dropped a hard-fought 3-2 decision to the visiting Everett Silvertips. Everett goaltender Dustin Wolf stopped 34 of the 36 Giants shots he faced while Wyatte Wylie (1G, 1A) and Gage Goncalves (2A) had two points each for Everett. Dylan Plouffe and Cole Shepard responded with goals for the Giants. The final shots were 36-22 for Vancouver.

VAN – At 11:21 of the first, Dylan Plouffe notched his second goal of the season for the Giants off a one-timer from the right-wing circle. Lukas Svejkovsky started the play by stripping the Everett defenceman and setting up Plouffe’s second of the season.

VAN – Cole Shepard increased the Giants lead to 2-0 on a power play goal at 15:54. Tristen Nielsen drew the lone assist on Shepard’s second goal in a span of three games.

EVT – Wyatte Wylie tied the game tied the game for Everett at 7:02 on a power play. His low shot from the right-wing circle appeared to switch directions and sneak past David Tendeck. Gianni Fairbrother and Gage Goncalves assisted on the play.

Everett: 2/6 on the Power Play