Giants Fall Just Short in a 4-3 Loss in Lethbridge 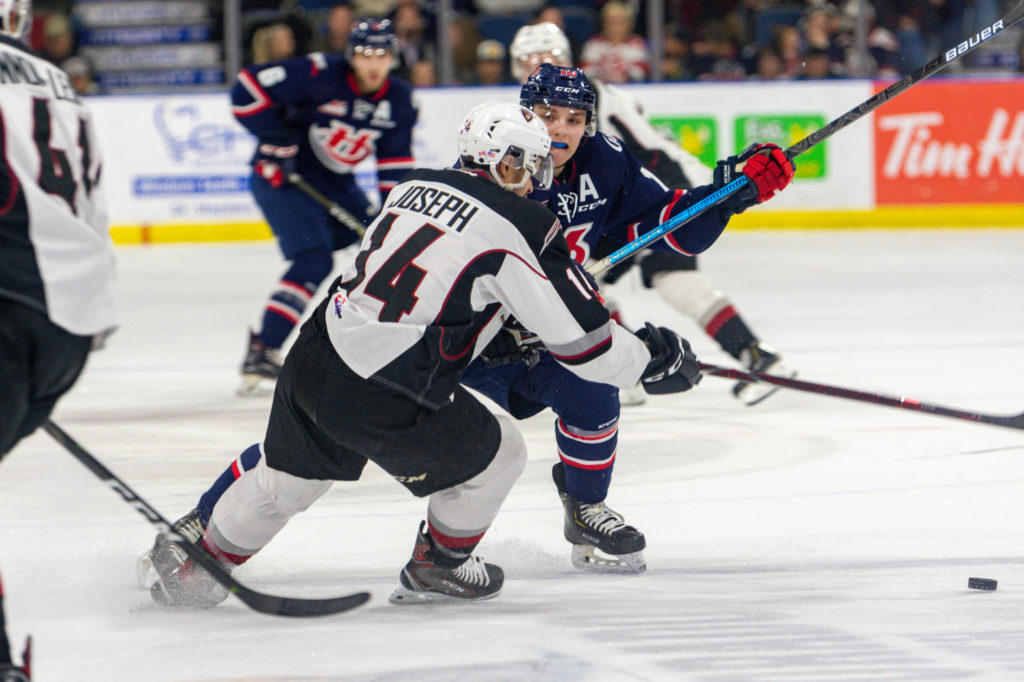 Friday night in Lethbridge, AB the Vancouver Giants (23-12-2-0) fell just short in a 4-3 decision against the Lethbridge Hurricanes (20-10-4-4). The trio of Jake Elmer (2G, 1A), Taylor Ross (1G, 2A) and Dylan Cozens (1A) combined for seven points for the Hurricanes who scored twice in both the second and third periods. The Giants countered with goals from Owen Hardy, Justin Sourdif and Bowen Byram. David Tendeck made 24 saves for the Giants while Liam Hughes made 33 saves for Lethbridge.

Both goaltenders were sharp in period one. Hurricanes starter Liam Hughes stopped all 10 Giants shots fired his way while David Tendeck went seven-for-seven for the Giants.

The Hurricanes struck twice in the first four minutes and 18 seconds of the middle frame. Jake Elmer potted his first of two on the night at 1:01 when he tapped home a pass from Dylan Cozens from in close. Then Pittsburgh Penguins prospect Jordy Bellerive buried his 19th of the season in close on a backhand shot to stake Lethbridge to a 2-0 lead. Late in the second the Giants countered with two goals 33 seconds apart. Owen Hardy got the Giants on the board at 14:24 on a power play when he converted off a Dawson Holt pass from the left-wing to secure his eighth of the season. Justin Sourdif then scored his second goal in as many games when he ripped his ninth past Liam Hughes off a low shot from the slot. Shots in the second were 14-9 Giants and the game was tied 2-2 after 40 minutes.

3:31 into the final period, Taylor Ross gave the Hurricanes their lead back when he notched his 22nd off a shot from the left-wing circle. Then at 7:53, Jake Elmer jammed home a Taylor Ross rebound for his second of the game which made it 4-2 Lethbridge. Bowen Byram answered for the Giants at 16:14 on a power play when he went end-to-end on a power play down the left-wing side before tucking home a shot past Liam Hughes for his 10th of the season. Goaltender David Tendeck assisted on Byram’s marker. That’s as close as the Giants would come though as Liam Hughes and the Hurricanes held off a late surge from the Giants to secure the win.

Next Giants Game: Sunday afternoon in Cranbrook at 3 PM PT against the Kootenay Ice.