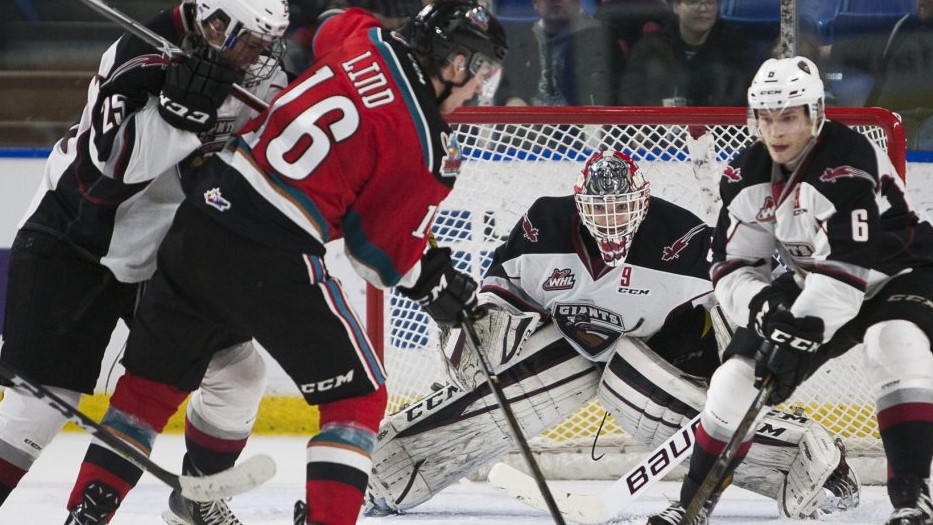 The Kelowna Rockets blanked the Vancouver Giants 7-0 on Friday night at Prospera Place. David Tendeck made 31 saves in the Vancouver crease.

Reid Gardiner opened the scoring for Kelowna in the first minute of the game, redirecting a centring feed from Nick Merkley past Tendeck. Nolan Foote scored on a power play later in the opening frame.

The Rockets scored twice in a span of 13 seconds in the second period to go ahead 4-0. Captain Rodney Southam made it 3-0 on a power play, and Kyle Topping scored on a two-on-one right afterwards. Tempers boiled over late in the middle frame with four fights in the last six minutes.

Southam bagged his second of the evening before the midway mark of the third period before James Hilsendager scored on a man advantage, and Kole Lind beat Tendeck on a breakaway with under two minutes left to play.

The Rockets out shot the G-Men 38-21. Kelowna went 3-for-8 on the power play while the Giants did not have a man advantage in the game.

The two teams will meet again on Saturday night at the Langley Events Centre for Vancouver’s final home game of the season and Fan Appreciation Night. Puck drop is set for 7:00pm. For tickets, click here or call 604.4.GIANTS (604.444.2687).