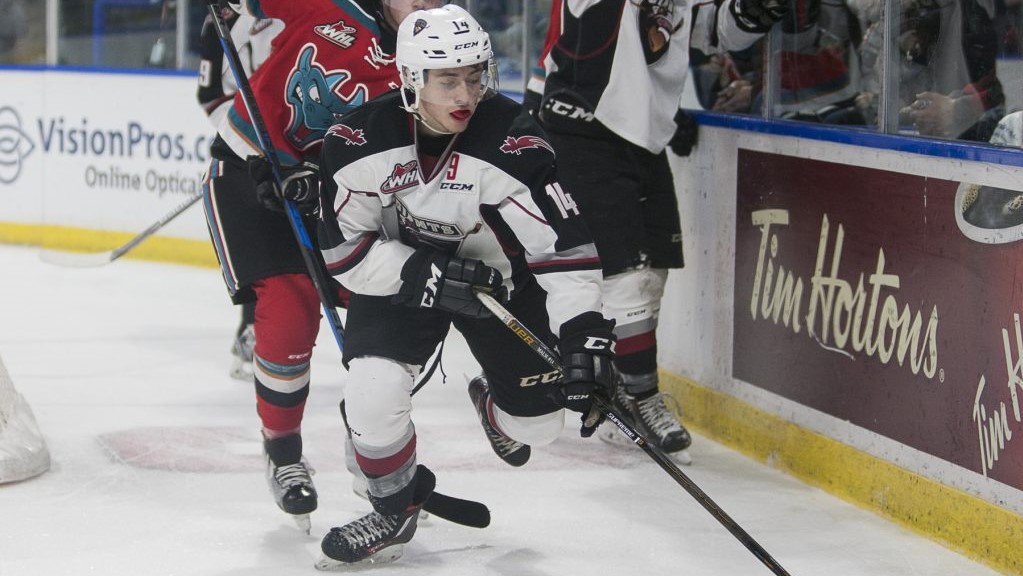 The Vancouver Giants lost 8-1 to the Kelowna Rockets on Friday night at Prospera Place. James Malm scored Vancouver’s lone goal on a third period power play while David Tendeck made 39 saves in the Giants’ crease.

Carsen Twarynski opened the scoring for the home team, beating Tendeck with a point shot on a power play at 9:55 of the first period. Dillon Dube added an even strength marker later in the opening frame.

The Rockets exploded for four goals in a span of 3:52 in the second period to blow the game open. Dube tallied his second of the evening on a power play before James Hilsendager, Cal Foote and Leif Mattson scored to extend the Kelowna lead.

Reid Gardiner extended his point streak to 14 games when he scored his 15th goal of the season in the first minute of the third period. Devante Stephens added a goal too. Malm spoiled Brodan Salmond’s shutout bid when he fired a puck into the back of the net from the bottom of the right circle at 9:06.

Vancouver concludes a five-game road swing on Saturday against the Kamloops Blazers at the Sandman Centre. Face-off is set for 5:00pm.