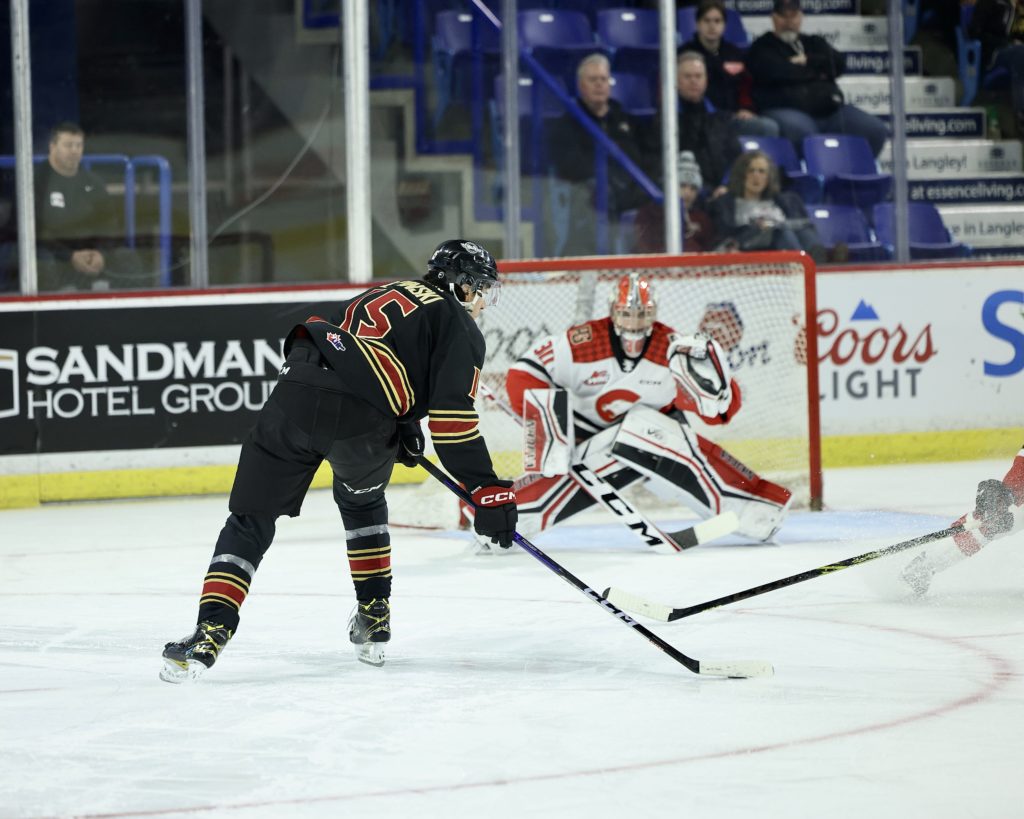 Langley, BC – The Giants led for most of the first two periods, but a huge third period by the Cougars was too much for the Giants to handle for the last period in a 4 games in 5 days stretch.

VAN: Ty Thorpe opened the scoring 1:51 into the game with a goal on a rebound from a Zack Ostapchuk shot.

PG: Cole Dubinsky tied the game with a power play goal with 4:09 left in the opening frame.

VAN: Ty Halaburda put Vancouver back up on the power play 10:07 into the second.

VAN: Samuel Honzek added to the Giants lead 3:24 later with another PP goal.

PG: Chase Wheatcroft netted a power play goal of his own to bring the Cougars back within one with 4:57 to go in the second.

PG: Cayden Glover tied the game 3:09 into the third on a deflection.

PG: Koen Ziemmer buried his 16th of the year on a power play just over three minutes later.

PG: Caden Brown put the Cougars ahead by two with a shot to the top corner 17:12 into the third.

PG: Brown dumped one into the empty net for his second of the night with eight second remaining.

Next Game: The Giants head to Kamloops on Friday to face the Blazers.