Giants Fall 5-0 To The Kamloops Blazers At Home 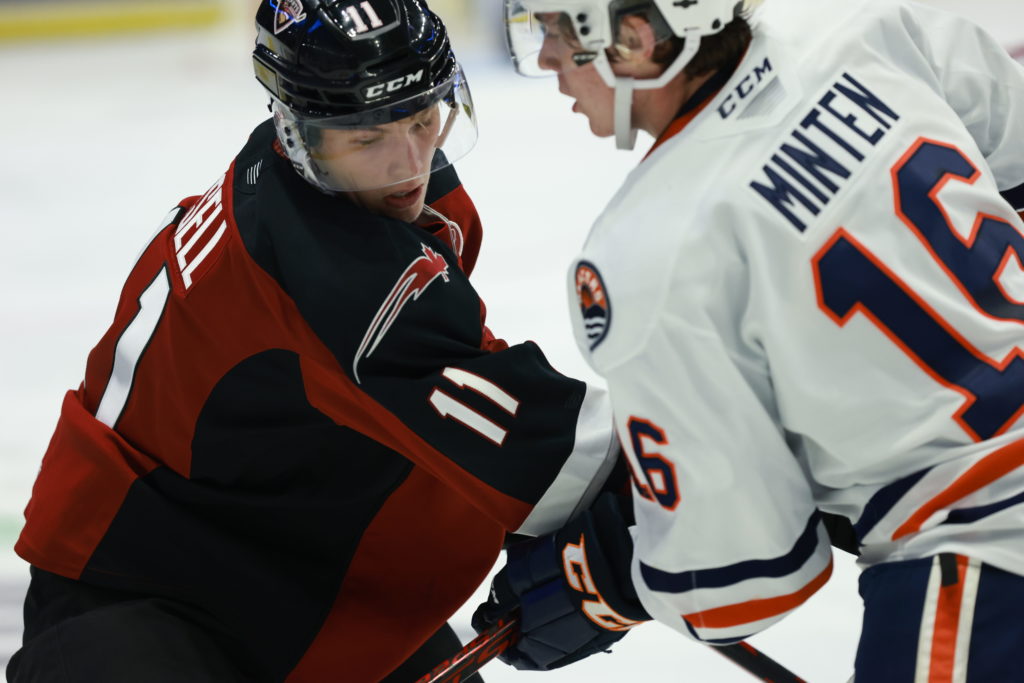 Saturday night at the Langley Events Centre the Vancouver Giants (2-1) dropped a 5-0 decision to the Kamloops Blazers (5-1). Mats Lindgren led the Blazers with a goal and an assist Dylan Garand backstopped the Blazers to the shutout victory, stopping all 23 shots he faced in goal to earn his ninth career shutout. Jesper Vikman made 20 saves off 25 shots fired his way in the Giants goal. Three of the Blazers five goals on the night came via the power play.

GIANTS DROP THEIR FIRST GAME OF THE SEASON

KAM – Logan Stankoven opened the scoring for Kamloops at 1:27 of the opening frame off a power-play one-timer from the left-wing circle. Josh Pillar and Mats Lindgren both assisted on Stankoven’s third goal of the season.

KAM – Mats Lindgren notched his second point of the period with a goal at 5:49. Lindgren finished off a give-and-go with Matthew Seminoff from the slot to secure his first goal of the season.

*Blazers forward Reese Belton was assessed a five-minute major and a game misconduct at 8:02 for checking Giants captain Justin Sourdif into the boards from behind.

*23 seconds later, Giants forward Zack Ostapchuk received a five-minute major and a game misconduct for a Checking to the Head penalty.

KAM – Caedan Bankier increased the Kamloops lead to 3-0 at 13:06 when he notched his team-leading sixth goal of the season on a five-on-three power play chance. Quinn Schmiemann and Josh Pillar both drew the helpers.

KAM – Nick McCarry made it 4-0 Kamloops at the 7:06 mark of the final period off a Giants defensive zone turnover. Daylan Kuefler had the lone assist.

KAM – The final goal of the night courtesy of Dylan Sydor on a five-on-three power play at 18:58. Sydor’s second goal of the season was set up by Tye Spencer and Ethan Brandwood.