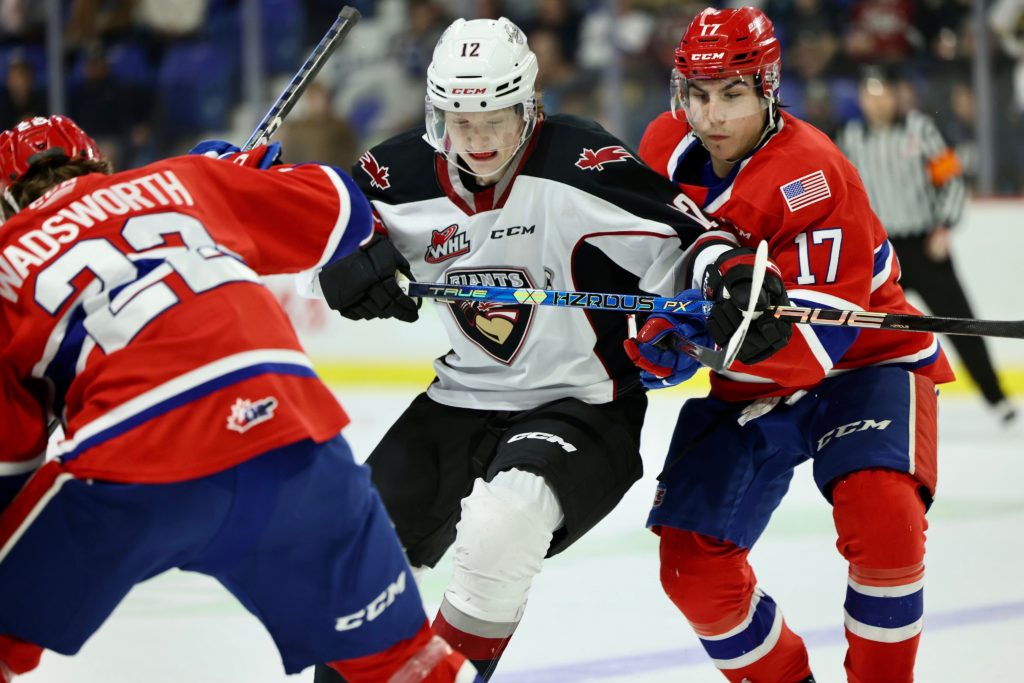 SPO: Ben Bonni opened the scoring 3:56 into the game, capitalizing on a turnover.

VAN: Ty Thorpe tied the game 4:45 later, grabbing a rebound in a scrum after a rush.

VAN: Thorpe scored again 14:34 into the period, putting in his second rebound to put the Giants ahead.

SPO: Chase Bertholet tied the game on a power play 1:01 into the second period.

SPO: Tommaso De Luca put home the game-winner on a 3-on-1 rush before the third period was five minutes old.

SPO: Chase Bertholet added an insurance goal shorthanded with 2:01 left in the game.

Giants Back in the Win Column Sunday
20 hours ago