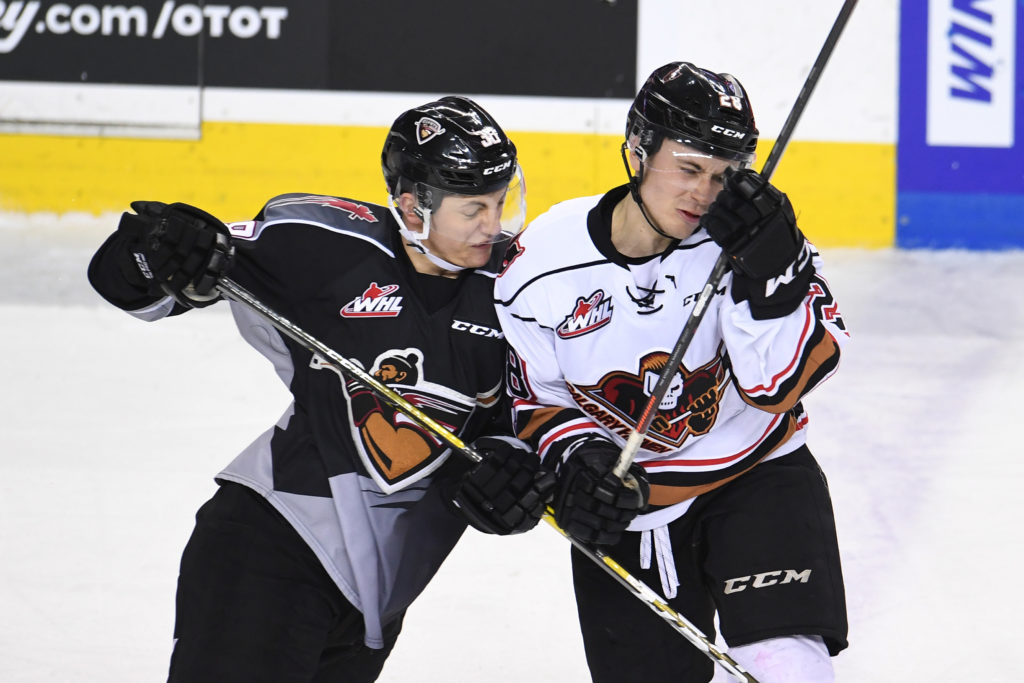 The Hitmen scored a pair of goals within the first 6:44 of the period. Riley Stotts notched his 11th of the season off the rush at 3:30. Then Jake Kryski netted his 18th goal of the season off a shot from the right-wing circle on a power play. Calgary outshot the Giants 12-6 in the opening frame and led 2-0.

Hitmen captain Mark Kastelic extended Calgary’s lead to 3-0 at 5:29 of the second when he deflected home a point-shot from Egor Zamula. His 26th goal of the season was the first five-on-three power play goal surrendered by the Giants in 2018-19. Calgary outshot Vancouver 15-11 in the middle frame.

Riley Stotts rounded out the game’s scoring at 4:48 of the third period when he knocked home a Ryder Korczak rebound. The Hitmen outshot the Giants 16-8 in the final period as they managed to secure the 4-0 victory and the second shutout of Jack McNaughton’s young career.

Giants Next Game: Tuesday, January 1, 2019 at 1 PM PT in Edmonton against the Oil Kings.