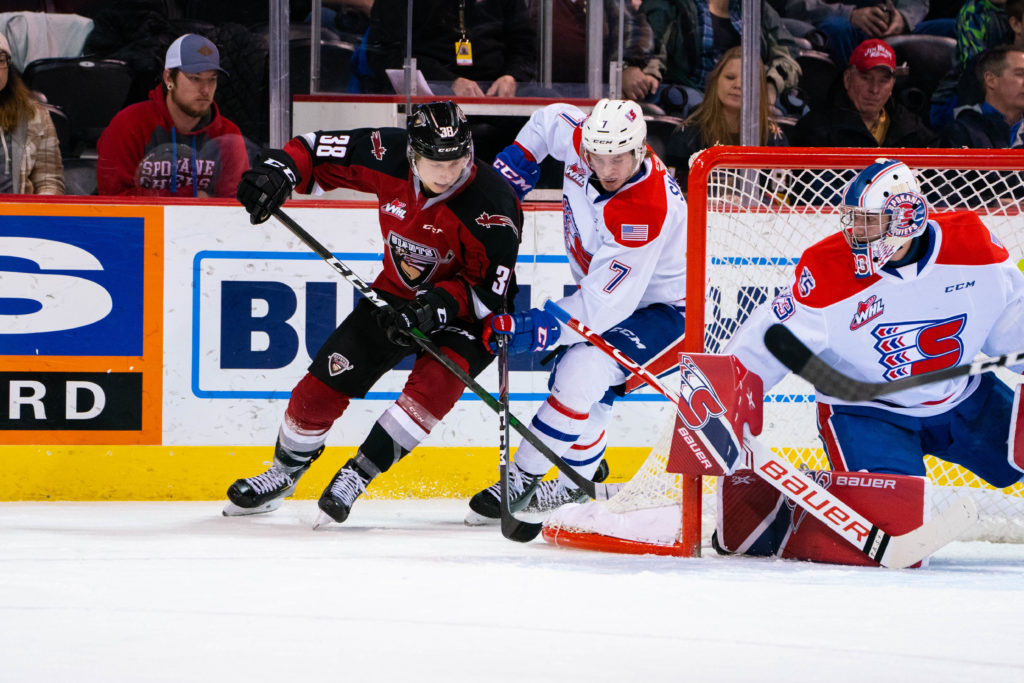 Friday night in Spokane, WA the Vancouver Giants (17-17-2-2) dropped a 3-1 decision to the Spokane Chiefs (21-13-4-1). Chiefs goaltender Lukas Parik put forth a first-star performance stopping 41 of the Giants 42 shot attempts – 35 of which came in the second and third periods. Tristen Nielsen (19) had the lone goal for the Giants while Michael King (7), Eli Zummack (14) and Jack Finley (10) countered for Spokane. David Tendeck made 24 saves in the Vancouver net.

SPO – 5:54 into the second period, the Chiefs got on the board when Michael King deflected a Ty Smith point shot past David Tendeck.

VAN – Two minutes and 30 seconds later, Tristen Nielsen responded for Vancouver with his team-leading 19th goal, off a back-door feed from Tyler Preziuso. Eric Florchuk added the second assist for the Giants, marking his first point with his new team.

SPO – Eli Zummack restored the Chiefs lead at 7:38 off a scramble in front of the Giants goal. Bear Hughes and Mac Gross assisted on the Zummack goal which extended his point streak to 16 straight games.

SPO – Jack Finley added some insurance for the Chiefs at 13:40. His shot from the left-wing circle beat David Tendeck off the rush, giving him 10 goals on the season. Adam Beckman and Filip Kral both assisted.

Vancouver: 0/0 on the Power Play

Spokane: 0/0 on the Power Play

Next Giants Game: A rematch with the Chiefs at home tomorrow night at 7:00 PM.