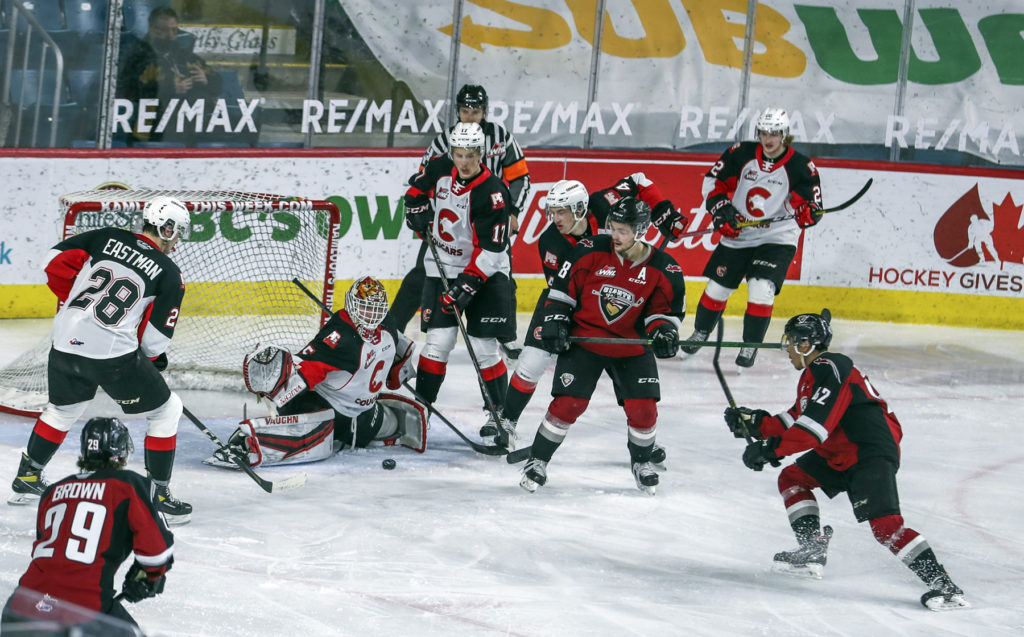 Wednesday evening inside the RE/MAX Hub in Kamloops, the Vancouver Giants (10-9) dropped a 3-0 decision to the Prince George Cougars (9-7-2-1). Koehn Ziemmer scored a pair of goals in the second period and Tyson Upper sealed the game with an empty-netter. Taylor Gauthier stopped all 26 shots he faced in the Cougar net while Drew Sim countered with 13 saves for the Vancouver Giants.

PG – The game’s first goal came at 4:36 of the middle-frame on a breakaway courtesy of Cougars rookie forward Koehn Ziemmer. Ziemmer made a nifty move to the backhand on a deke to secure his eighth of the season.

PG – Ziemmer wasn’t done. He struck again at 17:31 when he took the puck from the corner, skated into the slot, and spun and fired a low shot by the pad of Drew Sim. Riley Heidt added the lone assist.

PG – Tyson Upper cemented the victory for Prince George with an unassisted empty net goal at 18:31.