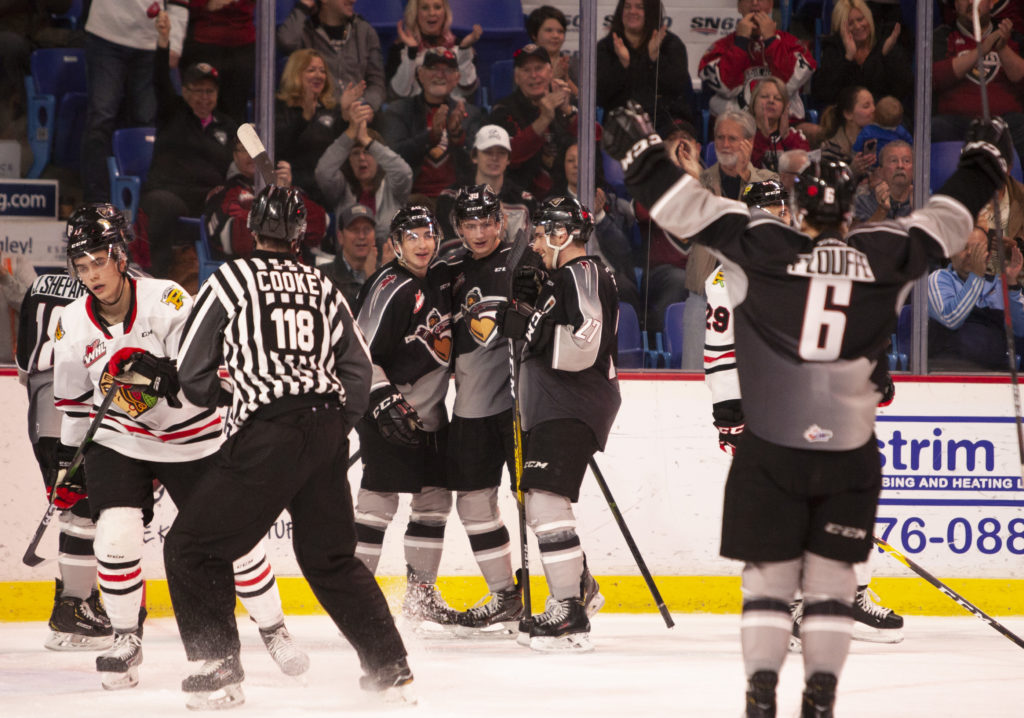 Friday night at the Langley Events Centre in front of over 3800 strong the Vancouver Giants (10-8-1-0) secured a 3-1 victory over the Portland Winterhawks (10-5-0-1). Lukas Svejkovsky, Tanner Brown and Evan Patrician scored first period markers for the G-Men who also got 26 saves from Trent Miner. Reece Newkirk had Portland’s lone goal in response while Joel Hofer made 35 saves.

VAN – Lukas Svejkovsky increased his goal-scoring streak to three straight games when he buried his fifth at 2:19. Jackson Shepard and Seth Bafaro helped set it up.

VAN – Tanner Brown doubled the Giants lead at 7:25. He raced down the left-wing, took a feed from Tristen Nielsen and wired his first career WHL goal past the glove of Joel Hofer. Alex Kannok Leipert had the second assist.

VAN – Evan Patrician extended his point-streak to four straight games when he converted from the slot. Lukas Svejkovsky and Jackson Shepard assisted on his second goal of the season. The time of the goal was 15:02.

POR – The lone Winterhawks goal of the game came at 14:42 from Reece Newkirk. The New York Islanders prospect took a pass from the high slot, spun around and snuck a low shot past Trent Miner’s stick. Seth Jarvis and Jaydon Dureau had the helpers.

Portland: 0/4 on the Power Play

Next Game: Tomorrow night at 6:00 PM against the Portland Winterhawks in the back-half of the home-and-home set.