Giants Edged By Victoria Royals Wednesday On the Island 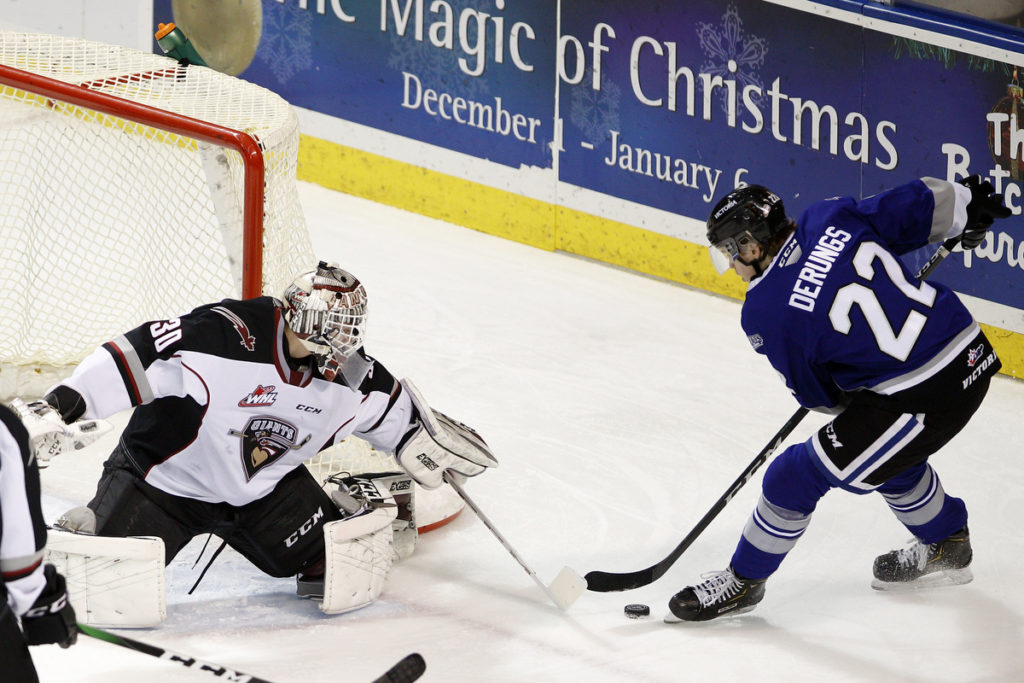 Wednesday night in Victoria the Vancouver Giants (13-12-1-1) dropped a 3-1 decision to the Victoria Royals (14-8-2-0). Despite outshooting the Royals 34-20, they only managed to score once on goaltender Shane Farkas. Graeme Bryks, Keanu Derungs and Nolan Jones had goals for the Royals while Brandon Cutler supplied two assists. Cole Shepard had the lone goal for the Giants which came late in the third period.

VIC – 20 seconds into the game Graeme Bryks put Victoria ahead 1-0 when he parked himself in front of the Giants goal and one-timed home a feed from Brandon Cutler for his second of the season.

VIC – Keanu Derungs extended Victoria’s lead to 2-0 when he banged home a Gary Haden breakaway rebound. Haden was sprung free on a breakaway after leaving the penalty box, and Derungs followed up his attempt and knocked his seventh of the season home into the empty net.

VIC – 43 seconds later Nolan Jones scored his first of the season unassisted off a shot from the slot to make it 3-0 Royals.

VAN – At 18:18 of the third, Cole Shepard got the Giants on the board when he redirected a Justin Sourdif pass over the right shoulder of Shane Farkas from the high slot. Shepard’s sixth of the season was also set up by Dylan Plouffe.

Next Giants Game: Friday night at home against the Spokane Chiefs at 7:30 PM.