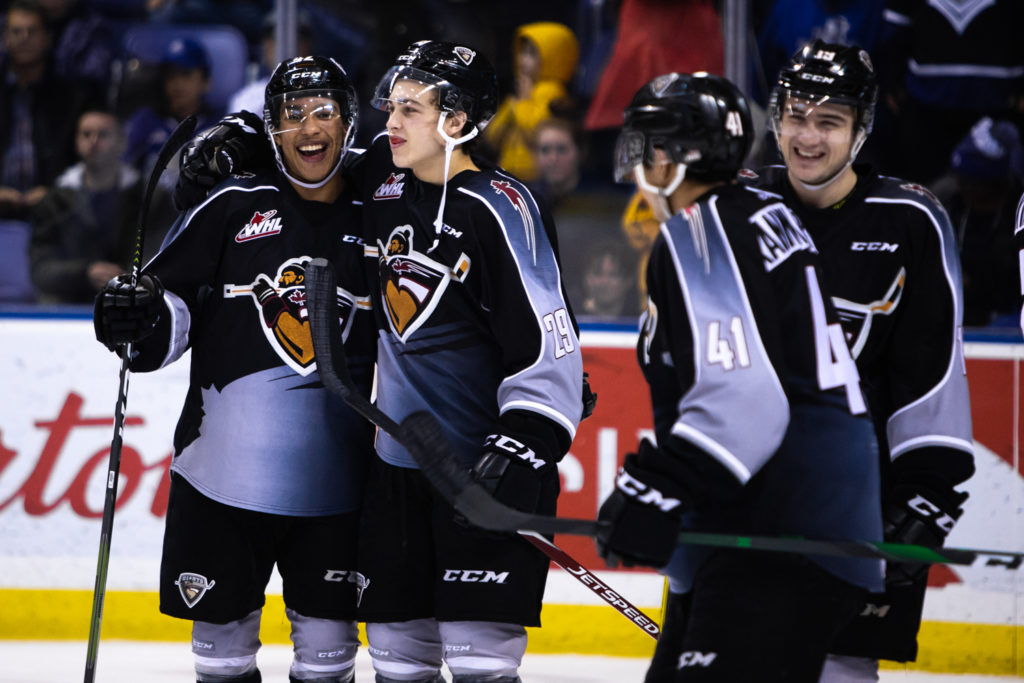 Friday night in Victoria, B.C. the Vancouver Giants (16-15-1-1) earned a 2-1 victory over the Victoria Royals (17-13-2-0). Krz Plummer’s first WHL goal at 10:28 of the third period snapped the 1-1 tie and cemented the Giants first victory of the season against Victoria. Justin Sourdif added a goal at 11:24 of the first period, and David Tendeck turned aside 27 shots in the Giants goal. Kaid Oliver responded with Victoria’s lone goal at 13:47 of the opening period.

GIANTS CLIMB WITHIN TWO POINTS OF THIRD IN BC DIVISION

VAN – Justin Sourdif (13) opened the scoring for the Giants at 11:24 of the first period. He snuck in close and knocked home a Milos Roman feed from behind the Victoria net. Jackson Shepard added an assist.

VIC – Kaid Oliver responded for Victoria at 13:47 off a two-on-one rush. Tarun Fizer and Phillip Schultz both earned assists.

VAN – The final goal of the game came as a direct result of a Victoria turnover inside their own zone. Holden Katzalay forced the puck free into the high slot, and rookie Krz Plummer did the rest. Plummer pounced on the puck and wired it past Shane Farkas for his first career WHL goal. It stood as the game winner.

Victoria: 0/3 on the Power Play

Next Giants Game: Tomorrow night at 7:00 PM against the Kelowna Rockets