Giants Earn A Weekend Split After Saturday Loss To Tri-City 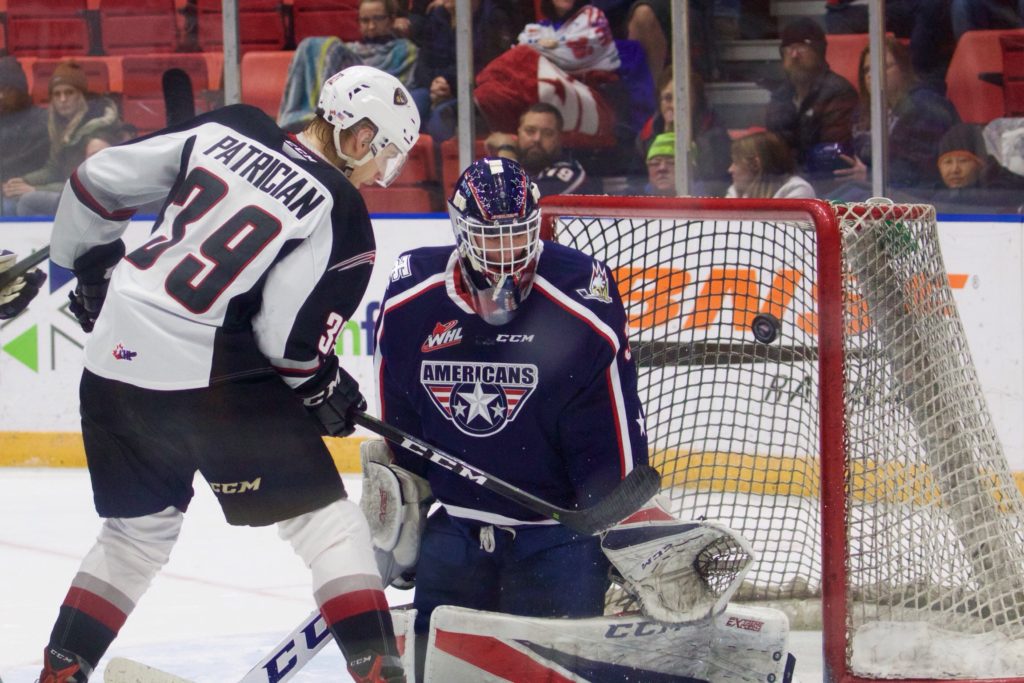 Saturday night in Kennewick, WA the Vancouver Giants (13-11-1-1) dropped a 5-1 decision to the Tri-City Americans (12-10-2-1). Edge Lambert (2G, 1A), Krystof Hrabik (1G, 2A) and Sasha Mutala (3A) combined for nine points for the home side while goaltender Talyn Boyko turned aside 43 Vancouver shots. Tristen Nielsen had the lone goal for Vancouver who got 14 saves combined from Trent Miner and David Tendeck.

VAN – 3:51 into the first, Tristen Nielsen wired home his team-leading 14th goal from the right-wing circle off a pass from Bowen Byram.

TC – At 8:14, on just their second shot of the game, Connor Bouchard tied the game on a power play for Tri-City. He pounced on a Luke Zazula rebound and slid it past the right pad of Trent Miner.

TC – Edge Lambert (7) scored his first of two on the night at 15:01 off a tic-tac-toe passing play with Sasha Mutala and Connor Bouchard.

TC – Nick Bowman made it 3-1 for Tri-City when he lifted a high backhand shot over Trent Miner’s glove from in close. Assists were credited to Krystof Hrabik and Blake Stevenson.

TC – Edge Lambert struck again at 17:21. This time he wired home a Krystof Hrabik rebound home for his eighth of the season.

*David Tendeck started the third period on goal for the Giants.

TC – With the Giants net empty, Krystof Hrabik fired home his fifth goal of the season while shorthanded, completing the five-goal outburst for the Tri-City Americans. Marc Lajoie and Edge Lambert assisted on the play.

Next Giants Game: A Wednesday showdown with the Victoria Royals at 7:00 PM.