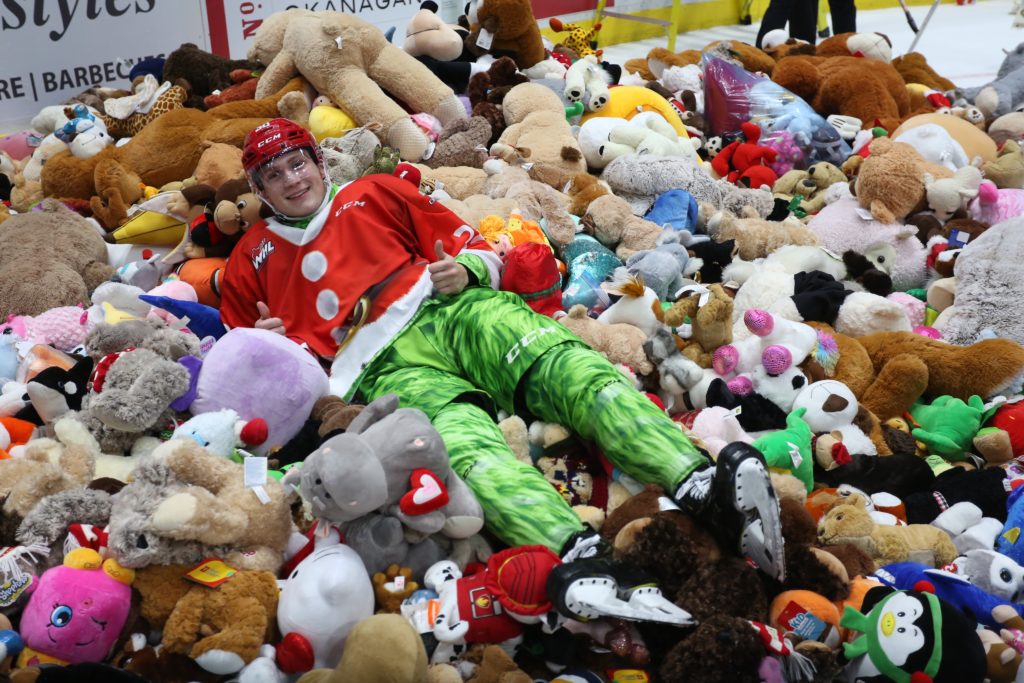 Some new faces for the Vancouver Giants (14-13-1-1) had a huge impact during 2019 Chevrolet Teddy Bear Toss. Forward Tyler Preziuso scored twice in his Giants debut in the third period to help cement a 4-1 victory over the Tri-City Americans (12-12-2-1). Connor Horning’s first goal as a Giant was the game winner, and Michal Kvasnica’s first goal as a Giant at 4:04 of the first period served as the 2019 Teddy Bear Goal! Tristen Nielsen, Justin Sourdif and Bowen Byram all recorded multi-assist games for the G-Men. Connor Bouchard had the lone goal in response for Tri-City who were outshot 53-26 by the Giants on Sunday.

VAN – Michal Kvasnica scored the famed Teddy Bear Goal of 2019 for the Vancouver Giants at 4:04. He took a pass from Tristen Nielsen at the Tri-City blueline, skated into the left circle and wired home his shot from the left-wing circle past Beck Warm to make it a 1-0 game.

VAN – Connor Horning then extended the Giants lead at 15:55 off a low shot from the high slot that snuck past Beck Warm’s stick and in. Horning’s first as a Giant was assisted by Justin Sourdif and Bowen Byram.

TC – 1:07 into the third, Connor Bouchard potted the lone goal of the game for Tri-City in close off a feed from Krystof Hrabik. Bouchard’s seventh came just as a Tri-City power play had expired.

VAN – A minute and 45 seconds later the Giants answered when Tyler Preziuso knocked home a Tristen Nielsen rebound past Beck Warm for his 10th goal of the season.

VAN – Preziuso wasn’t done. At 6:34 of the third he wired home a shot from the slot on a Giants power play, increasing the Vancouver lead to 4-1. Tristen Nielsen and Bowen Byram drew the helpers on Preziuso’s 11th goal.

Next Giants Game: Saturday, December 14th in Everett, WA against the Silvertips.