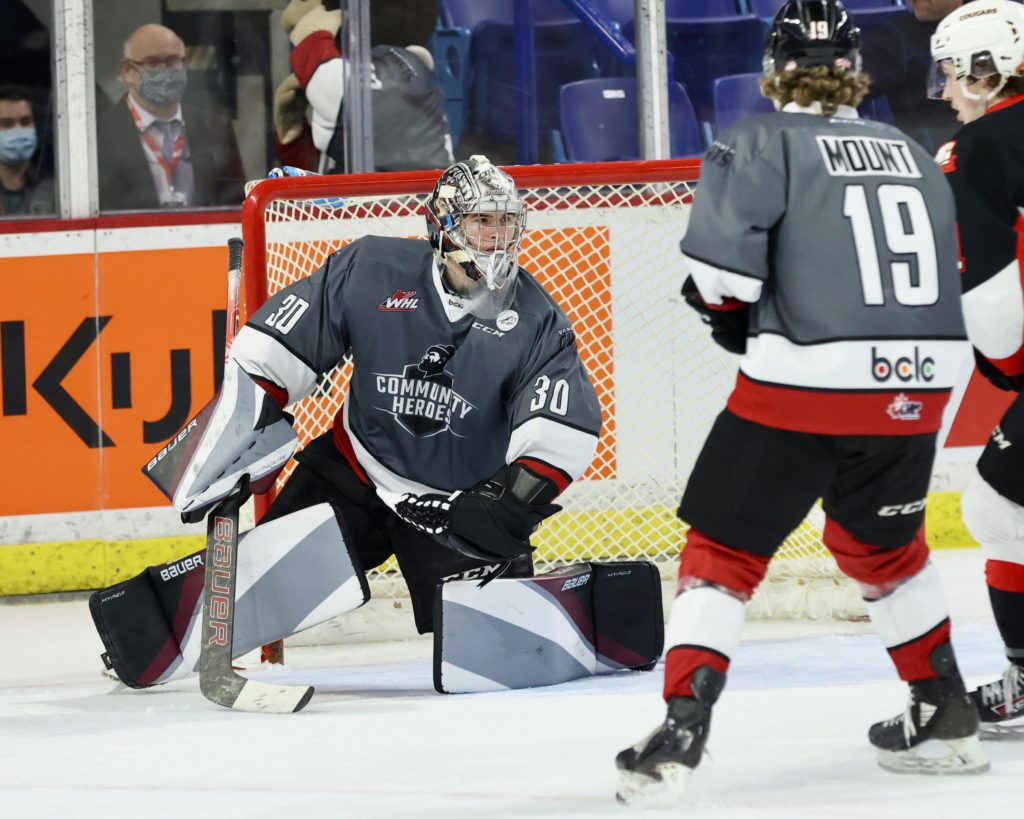 Friday night at the Langley Events Centre the Vancouver Giants (15-16-2-0) secured a single point in a 3-2 overtime setback at the hands of the Prince George Cougars (14-17-1-1.) Ethan Samson struck twice for Prince George, including 1:58 into overtime, giving the visitors their first win of the season on the road against Vancouver. Zack Ostapchuk responded with a pair of assists for the G-Men while Justin Lies (5) and Justin Sourdif (9) added the goals. Giants goaltender Jesper Vikman made 35 saves while Cougars starter Tyler Brennan made 37 saves for the victory.

VAN – At 11:43 of the opening frame, Justin Lies followed up a Zack Ostapchuk rebound off the rush, and tucked a backhand shot through Tyler Brennan’s legs and home for his fifth goal of the season. Adam Hall tacked on the second assist.

VAN – Giants captain Justin Sourdif increased the Giants lead to 2-0 at 4:32 off a shot from the left-wing point that switched directions and beat Brennan. Sourdif’s ninth was set up by Zack Ostapchuk.

PG – Ethan Samson put the Cougars on the board at 12:37 when his point shot snuck through a maze of bodies and home for his seventh goal of the season. Hudson Thornton and Carlin Dezainde both netted assists.

PG – Exactly two minutes later, Koehn Ziemmer snapped a low shot home from the left wing off the rush to tie the score. The lone assist came from Riley Heidt on Ziemmer’s 11th of the campaign.

At 10:09 of the period, Koehn Ziemmer was awarded a penalty shot for Prince George. Jesper Vikman stopped the penalty shot attempt, keeping the score at 2-2.

PG – Ethan Samson ended the game at the 1:58 mark of overtime, securing the extra point for the Prince George Cougars. Samson’s second goal of the night came off a Connor Bowie rebound, on a backhand shot from in front of the Giants goal. The second assist was credited to Jonny Hooker.

Next Game: The Vancouver Giants return to action tomorrow night at 7:00 PM against the same Prince George Cougars at home.