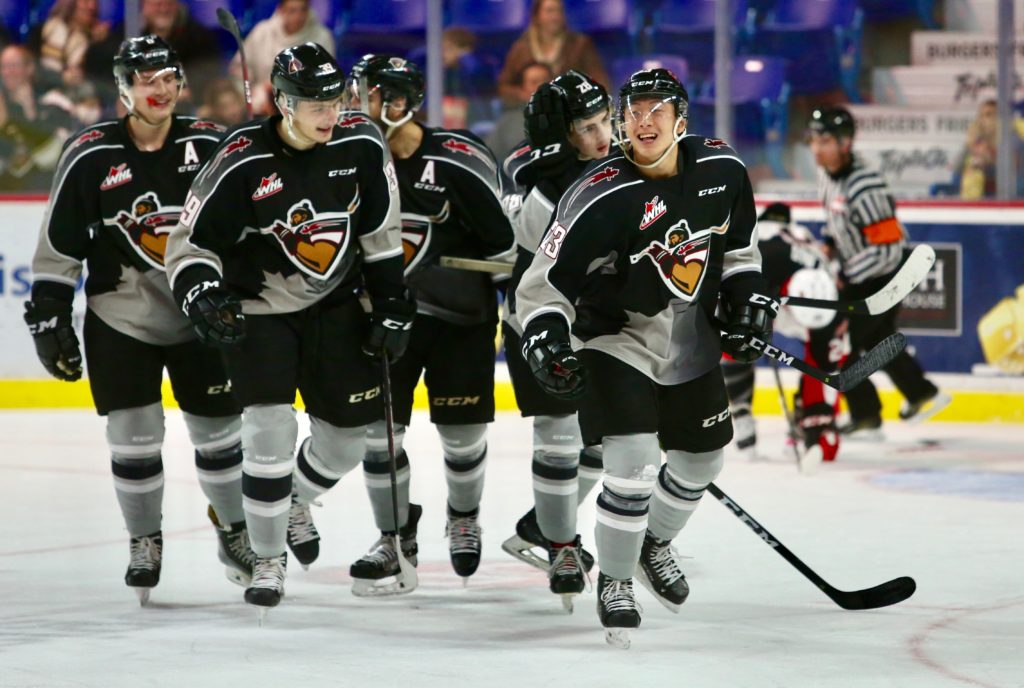 Through 18 games the Vancouver Giants (13-3-2-0) have now earned seven one-goal wins. Saturday night in front 3566 strong at the Langley Events Centre the Vancouver Giants earned a hard-fought 2-1 victory over the visiting Prince George Cougars (7-8-1-2). Tyler Ho and Cyle McNabb both scored in the second period, helping the Giants erase a 1-0 deficit. Trent Miner was brilliant in goal for Vancouver making 32 saves to earn his fifth victory of the season while Taylor Gauthier answered with 27 saves for Prince George. Connor Bowie had the Cougars lone goal which came in the first period.

The Prince George Cougars drew first blood when forward Connor Bowie deflected home a point shot from Austin Crossley at 6:10. The shot appeared to deflect off a few different limbs and bodies before find its way past Trent Miner. It was Bowie’s first goal of the season. The Giants outshot the Cougars 11-7 in the opening frame.

At 11:44 of the middle period, Tyler Ho whacked home an Evan Patrician rebound past Taylor Gauthier off a scramble in front of the net. Then at 15:07, Cyle McNabb scored his first goal of the campaign when he ripped a high shot past the glove of Guathier and in to give the G-Men the go-ahead-goal. Shots through two periods were 24-16 Vancouver.

Trent Miner’s best period in goal was by far the third for Vancouver as he turned aside all 17 of the Cougars attempts – Many of which were solid chances. A lot of Miner’s best work came in the final two minutes and 14 seconds when the Cougars pulled their goaltender. Miner got some help from his goal post in the final seconds as Cole Moberg’s point-shot rang off the post in the waning seconds of the game. The Giants had only five third period shots.

Vancouver: 0/1 on the Power Play

Prince George: 0/3 on the Power Play

Next game: The Giants and Cougars will duke it out in a rematch tomorrow at 2 PM at the LEC.