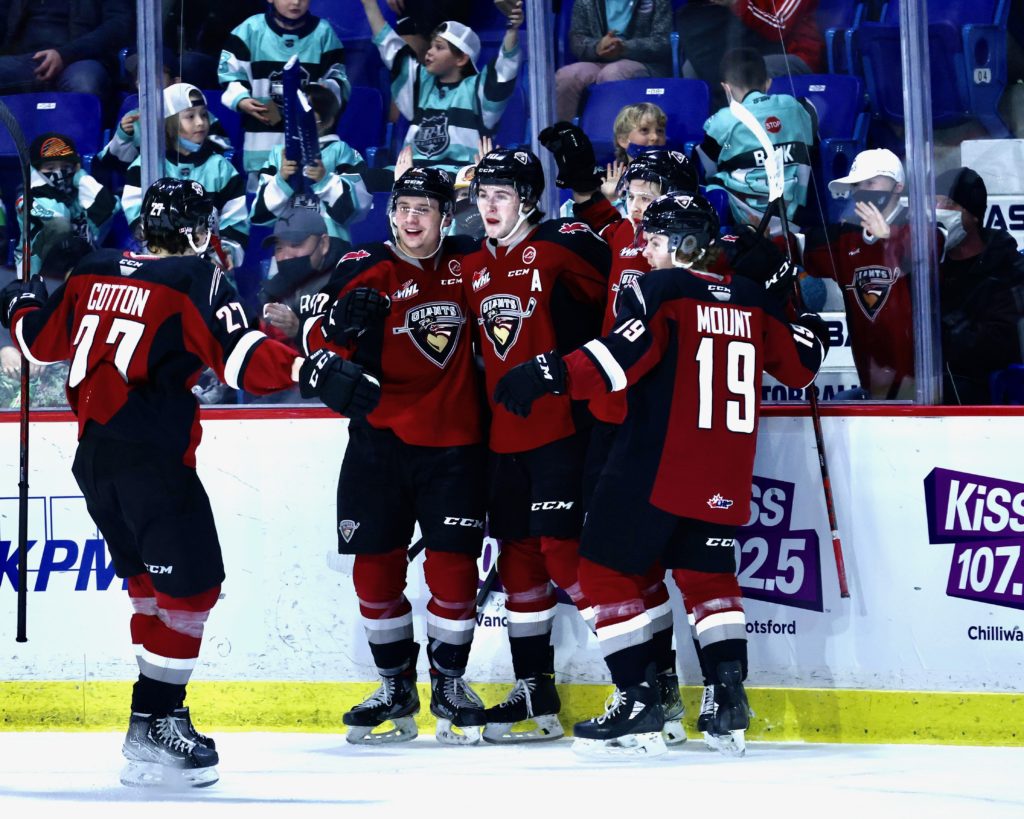 The Vancouver Giants winning streak has now reached five straight. Friday night in front of over 3100 strong at the Langley Events Centre, the Vancouver Giants (12-7-1-0) secured a 3-1 victory over the Kamloops Blazers (17-3-0-0). Jesper Vikman stopped 39 Kamloops shots en route to a first star performance while Zack Ostapchuk, Ethan Semeniuk and Payton Mount supplied the goals for Vancouver. The lone Kamloops goal came from Ethan Brandwood late in the third period. It marked the first win of the season for the G-Men against Kamloops and their sixth win on home ice.

GIANTS HAND DIVISION LEADERS THEIR THIRD LOSS OF THE SEASON

VAN – Zack Ostapchuk opened the game’s scoring at 18:50 of the first period. Alex Cotton took the puck from the point, raced wide down the left wing, and centered a feed across the crease to Ostapchuk, who one-timed it home for his fourth goal of the season.

VAN – Rookie Ethan Semeniuk extended the Giants lead to 2-0 at 4:50 of final frame. Semeniuk followed up a Ty Halaburda rebound and wired it past the stick of Dylan Garand. Julian Cull added the second assist on Semeniuk’s third goal of the season.

KAM – The lone Kamloops Blazers goal of the night came from Ethan Brandwood at 14:51. Brandwood carried the puck across the Giants blueline and fired a high shot towards the Giants goal that deflected off Jesper Vikman’s blocker and in. For Brandwood it was his fourth goal of the season and it was unassisted.

VAN – The Giants ended all hopes of a Kamloops comeback at 19:28 when Payton Mount beat out an icing call, and tucked his fifth goal of the season into the empty net, clinching the Giants their 12th win of the season. Fabian Lysell earned the lone assist.

Next Giants Game: Tomorrow night at 6:05 PM in Everett against the Silvertips.