Giants Earn Their Eighth Straight Win, A 5-2 Victory Over Victoria 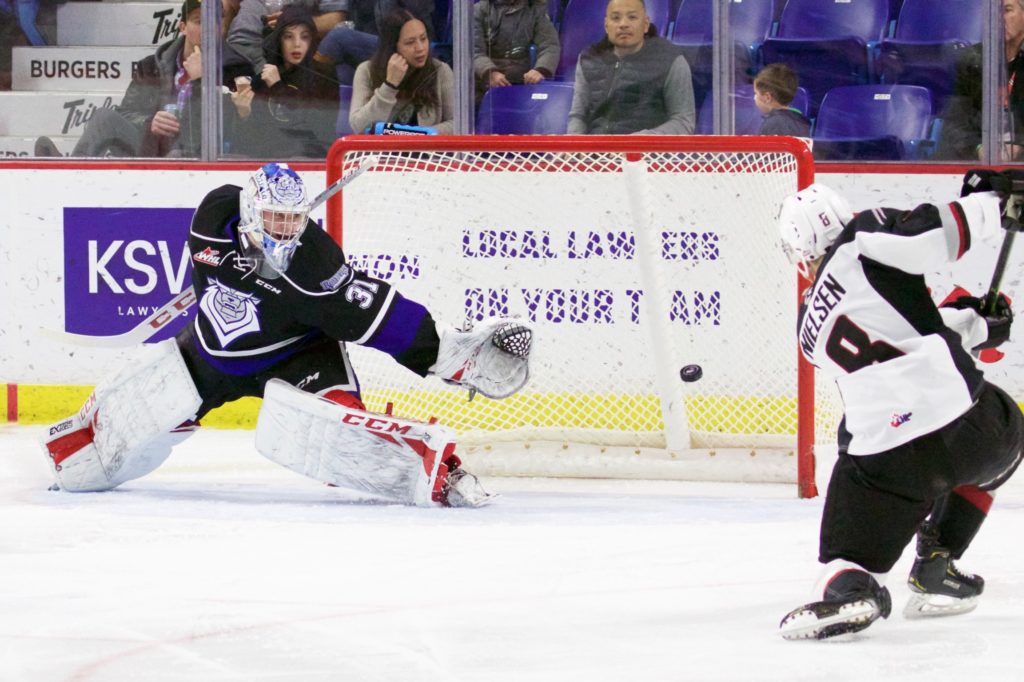 Friday night at the Langley Events Centre the Vancouver Giants (27-20-3-2) extended their winning streak to eight and moved within four points of second place in the B.C. Division, thanks to a 5-2 victory over the Victoria Royals (29-19-4-1). 2020 NHL Draft prospect Justin Sourdif led the way with two goals and two assists for the Giants while Bowen Byram (1G, 1A) and Milos Roman (1G, 1A) added multi-point games. David Tendeck stopped 24 of Victoria’s 26 shots to earn his 16th win of the season. Carson Miller and Gary Haden responded with goals for the Royals who had a four-game winning streak snapped after Friday’s loss.

VIC – Carson Miller (12) opened the scoring for the Royals off a Brayden Tracey rebound at 1:54 of the first to put Victoria up 1-0.

VAN – Tristen Nielsen (26) pulled the Giants back even at 4:01 when he one-timed home a feed from Justin Sourdif on a two-on-one rush.

VAN – Justin Sourdif (20) gave the Giants the lead at 12:55 from the side of the Royals goal when he knocked home an Alex Kannok Leipert rebound. Milos Roman added the second assist on the play.

VAN – With nine seconds left in the second, Justin Sourdif (21) struck again off the rush. This time the assists came courtesy of Eric Florchuk and Alex Kannok Leipert.

VIC – Midway through the third period at 10:39, Gary Haden pulled Victoria back within a goal off a breakaway attempt. Haden’s 22nd of the season came unassisted.

Next Game: A battle with Seattle tomorrow night on the road at 6:05 PM.

“We really liked our second period. We started playing fast, playing inside and took over in the faceoff dot and that changed the momentum.” – Giants Head Coach Michael Dyck.

“I think the Top Prospect’s Game was a reset for me. It helped me get re-focused and since then I’ve just tried to just play my game and play hard every night. The bounces have started to go my way.” – Justin Sourdif