Giants Drop Their 2019 Home Opener to the Portland Winterhawks 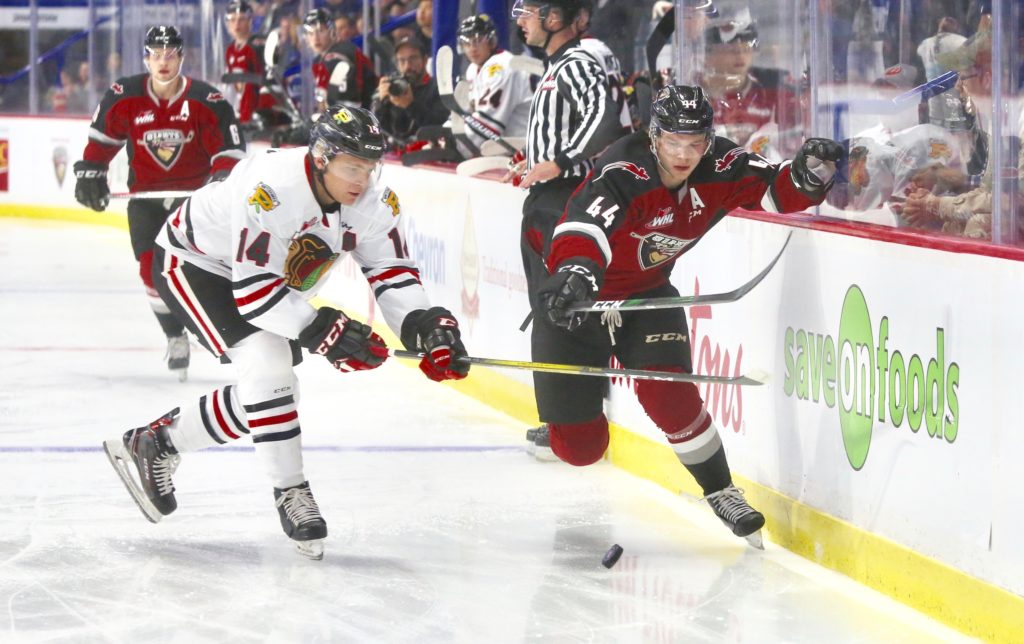 GIANTS DROP THEIR OPENER AT HOME

POR – Clay Hanus opened the scoring at 5:09 on Portland’s first power play. Jake Gricius and Reece Newkirk assisted on his third marker of the young season.

VAN – 10 seconds later the Giants responded when Milos Roman’s shot from the right-wing circle snuck past Joel Hofer. Justin Lies was originally credited with the goal, but officials later changed it to Roman’s first of the season. Bowen Byram and Justin Sourdif earned assists.

POR – Back came the Winterhawks at 8:45. Tyson Kozak notched his first career WHL goal off a shot from the right-wing. Simon Knak had the lone assist.

POR – Lane Gilliss extended Portland’s lead to 3-1 on a power play re-direct at 4:48. Simon Knak and Johnny Ludvig had assists.

POR – A minute and 53 seconds later the Winterhawks notched their final goal of the night when Tyson Kozak converted off a Cross Hanas rebound.

VAN – 34 seconds into the third period, Tristen Nielsen moved the Giants back within two when he converted off his own rebound. Dylan Plouffe and Bowen Byram assisted on the power play goal.

Portland: 2/4 on the Power Play

Next Game: The Vancouver Giants are off to Kamloops for a road battle with the Blazers tomorrow at 7:00 PM.