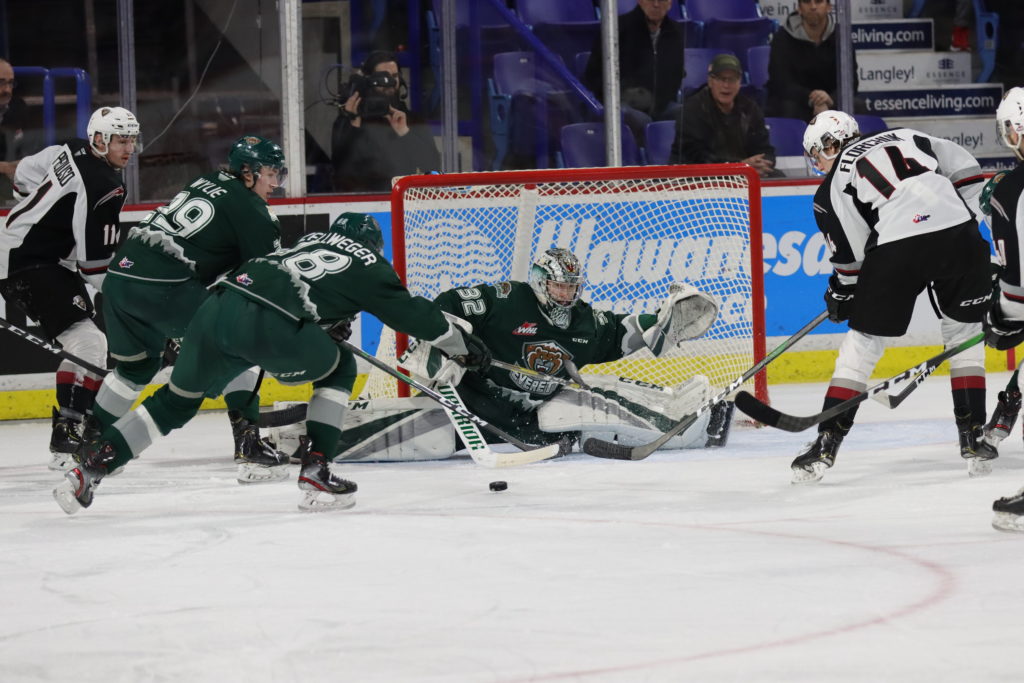 Thursday evening at the Langley Events Centre the Vancouver Giants (19-20-2-2) fell 2-1 to the visiting Everett Silvertips (30-11-3-1). Mission, B.C. native Gage Goncalves scored twice for Everett, including a power play goal early in the third period which broke open a 1-1 tie. Alex Kannok Leipert had the goal in response for the Giants. Dustin Wolf stopped 27 of Vancouver’s 28 shot attempts on the night while David Tendeck made 29 saves in response for the Giants.

VAN – Giants captain Alex Kannok Leipert put the Giants up 1-0 at 5:57 of the first. Kannok Leipert beat an Everett defender wide down the right-wing, cut to the right of the net and snuck a shot past the right shoulder of Dustin Wolf for his third goal of the season. Justin Lies and Jacob Gendron both assisted.

EVT – At 1:44 of the final period, Gage Goncalves deflected home a Jake Christensen point-shot on a power play to stake the Silvertips to a 2-1 lead, that they’d preserve for the remainder of the game, despite being badly outshot in the final period.

Next Giants Game: At home Saturday night against the Kelowna Rockets.

“It’s a big game. We weren’t able to take advantage of a game in hand tonight, and that makes the weekend even more important. This is a big four-point weekend coming up for us.” – Giants Head Coach Michael Dyck on the upcoming home-and-home weekend against Kelowna.

“I thought they played really well tonight. They gave us what we needed from them. They gave us solid minutes.” – Michael Dyck on the young trio of Justin Lies, Kaden Kohle and Zack Ostapchuk.