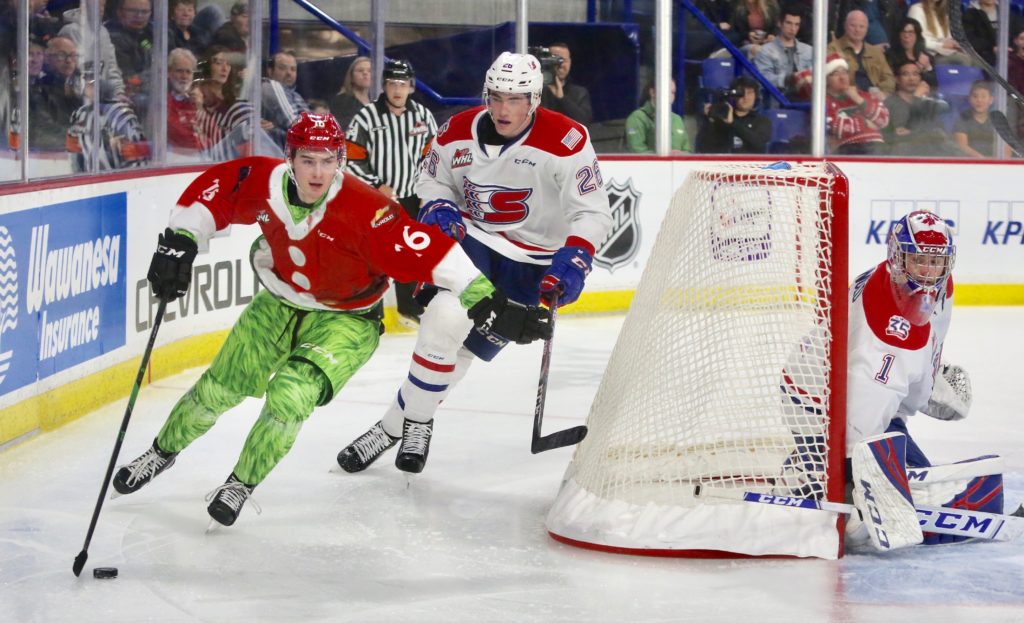 Friday night at the Langley Events Centre in front of 4289 strong the Vancouver Giants (13-13-1-1) dropped a 2-1 decision to the Spokane Chiefs (15-9-3-0). Eli Zummack and Matt Leduc supplied first period goals for the Chiefs while Tristen Nielsen countered with a late first period power play goal for the Giants. Chiefs rookie netminder Campbell Arnold made 30 saves and was named the game’s first star. David Tendeck stopped 22 in response for the Giants.

SPO – Eli Zummack opened the scoring for Spokane at 1:22 of the first. His ninth of the season was scored in close, and was set up by Bear Hughes and Luke Toporowski.

SPO – Matt Leduc increased the Chiefs lead to 2-0 at 14:14 when his shot from the left-wing point snuck through traffic and in for his third of the season. Assists were credited to Connor Gabruch and Michael King.

VAN – With 15 seconds left in the period, Tristen Nielsen moved the Giants back within one on a power play. His goal came unassisted off a shot from the right-wing circle that deflected off a Chiefs defenceman and in.