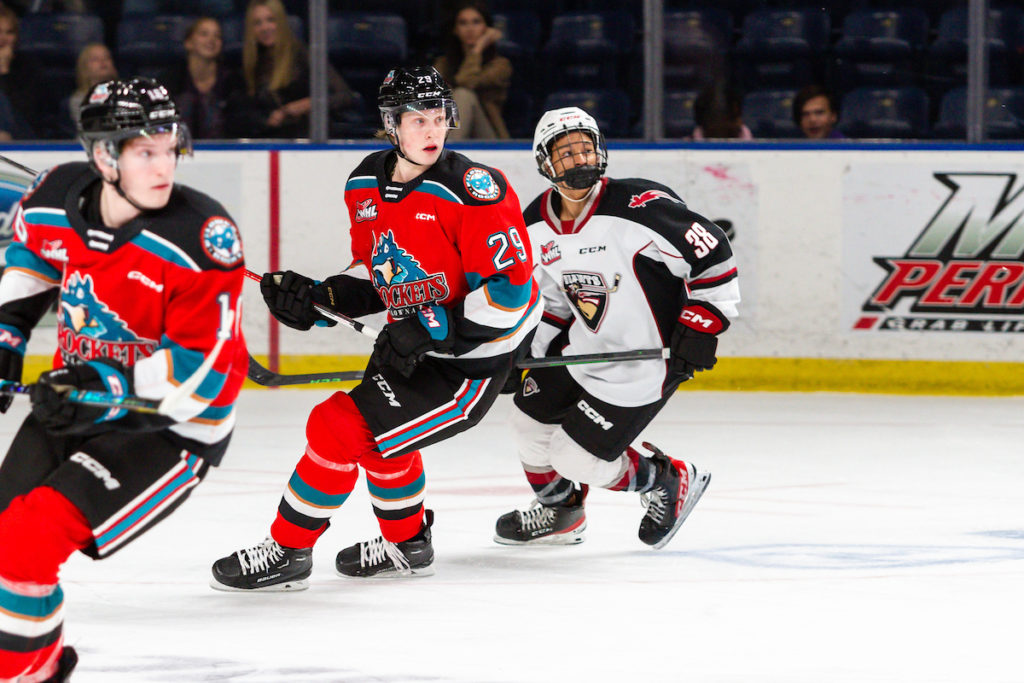 Kelowna, B.C. – A trio of goals, including one by Ty Halaburda in his preseason debut, were not enough to overcome the Kelowna Rockets on their home ice Friday night. Fortunately the G-Men have a bounce-back opportunity tomorrow night in Maple Ridge.

KEL: Gabriel Szturc buried his first of the game, as he capitalized on a two-on-one rush 8:55 into the opening frame.

KEL: Szturc netted his second of the night with :19 remaining in the period, a powerplay goal.

KEL: Grady Lenton added to the Rockets lead with his first of the preseason at 15:01 of the second period.

KEL: Max Graham got into the action 3:12 later, shoveling home a rebound for Kelowna’s second powerplay marker of the night.

VAN: Kyle Bochek got the Giants on the board with 6:52 left in the second.

VAN: Ty Halaburda tipped in the first powerplay goal of the preseason for Vancouver, cutting the deficit to 4-2 with 1:00 remaining in the middle frame.

KEL: Will Munro netted his first of the preseason 12:14 into the third period on a wrister from the high slot.

VAN: Ethan McEneany deflected home his first at 19:38 of the third to bring the Giants back within three.

KEL: Scott Cousins scored Kelowna’s third powerplay goal of the night, right off the faceoff with 0:10 left in the game.

Next Game: The Giants will conclude their preseason tomorrow against the Rockets at Cam Neely Arena in Maple Ridge. Tickets will be available at the door.