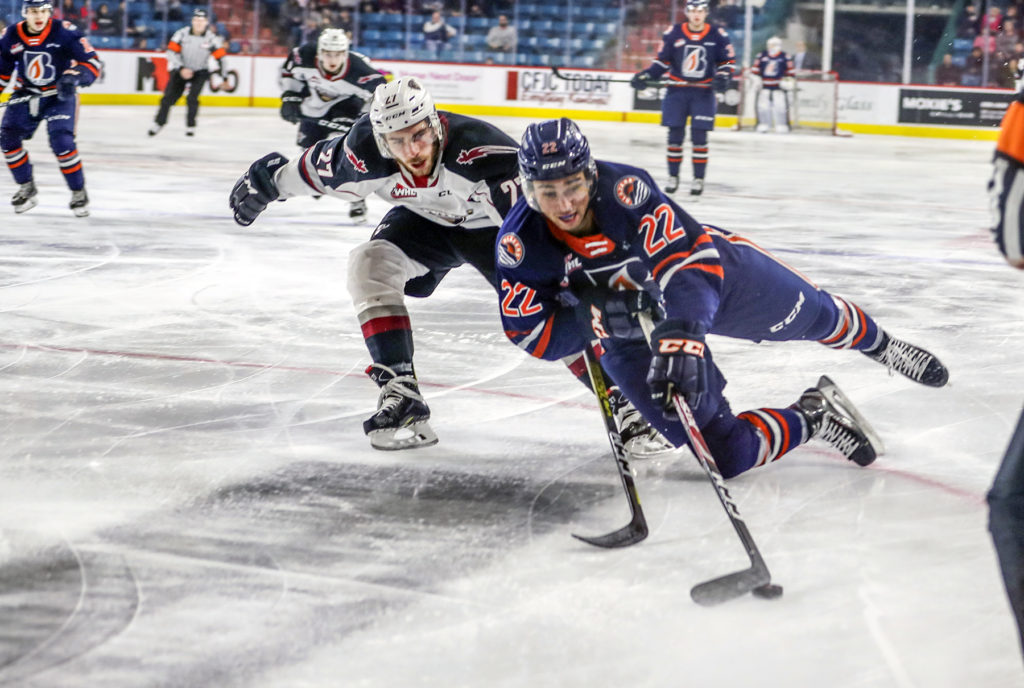 KAM – Max Martin (13) opened the scoring at 10:12 off a failed clear. Kyrell Sopotyk and Tyler Carpendale both assisted.

KAM – 37 seconds into the middle frame, Brodi Stuart extended the Kamloops lead off a high shot from the slot. Josh Pillar and Max Martin both factored in on Stuart’s ninth goal of the season.

KAM – 31 seconds later Kyrell Sopotyk increased the Kamloops lead to 3-0 off a shot from the right-wing off the rush that beat Trent Miner stick side. Max Martin had the lone assist on Sopotyk’s seventh goal, which spelled the end of Trent Miner’s night.

VAN – 41 seconds later the Giants caught on a break on a power play when the Blazers clearing attempt deflected off the referee and right to Tyler Preziuso at the side of the Kamloops goal. Preziuso then centered a pass to Milos Roman (24) who wired it home to make it a 3-2 game.

KAM – Ryan Hughes (21) provided some important insurance for the Blazers at 12:22. He parked himself in the right-wing circle and one-timed a Connor Zary pass that just snuck past a stretched Drew Sim.

Next Giants Game: Friday night in Prince George against the Cougars at 7:00 PM.