Giants Drop a 3-1 Decision to Seattle Friday At Home 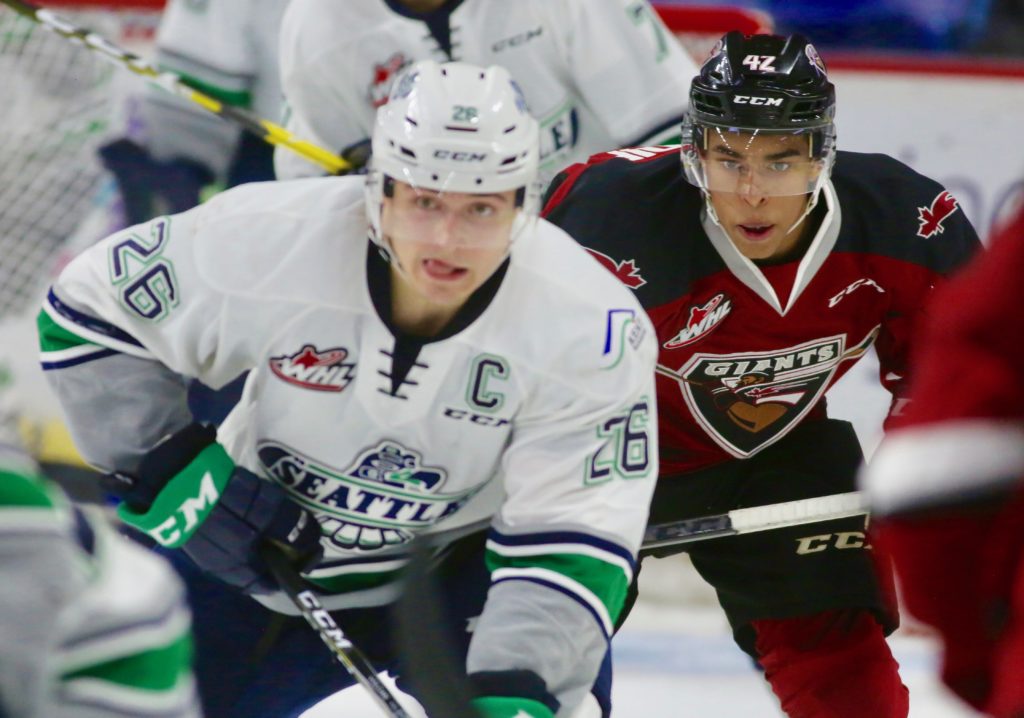 Friday night at the LEC, the Vancouver Giants dropped a 3-1 decision to the visiting Seattle Thunderbirds. Matthew Wedman broke open a 1-1 tie with a late third period marker for Seattle to help steer the visitors to their second straight victory. Dillon Hamaliuk and Nolan Volcan also struck for Seattle while James Malm had the Giants lone tally in response. Final shots were 32-28 Vancouver who fall to 2-1 on the young season.

It took the better part of two full periods for one team to solve the other offensively. Giants goaltender David Tendeck and Seattle starter Liam Hughes were both strong for their respective teams as the two goaltenders combined for 41 saves through two periods.

The lone blemish came courtesy of Seattle’s Dillon Hamaliuk who registered his second goal of the season with a minute and 31 seconds remaining in the second period. Hamaliuk’s power play marker was assisted by Simon Kubicek and Payton Mount. Seattle finished the game one-for-six on the power play while the Giants went zero-for-four.

James Malm got the Giants back even at 8:27 when he settled a bouncing puck, spun into the left-wing circle and snuck a backhand shot by Liam Hughes. For Malm it as his team-leading third goal of the season.

With overtime looming the two teams continued to trade chances, and at 16:53 the Thunderbirds snagged what would end up being the game-winner. Off a two-on-one rush, forward Matthew Wedman carried the puck across the Giants blueline, skated into the left-wing circle and beat David Tendeck with a shot up high.

Seattle then ended all hopes of a Giants comeback with five seconds left when captain Nolan Volcan buried his second of the season into the empty net.

With the victory, Seattle improved their mark to 2-0. The Giants will look to get back into the win column on Sunday afternoon when they battle the Spokane Chiefs at 4:00 PM.