Giants Drop A 3-1 Decision At Home Sunday Against Victoria 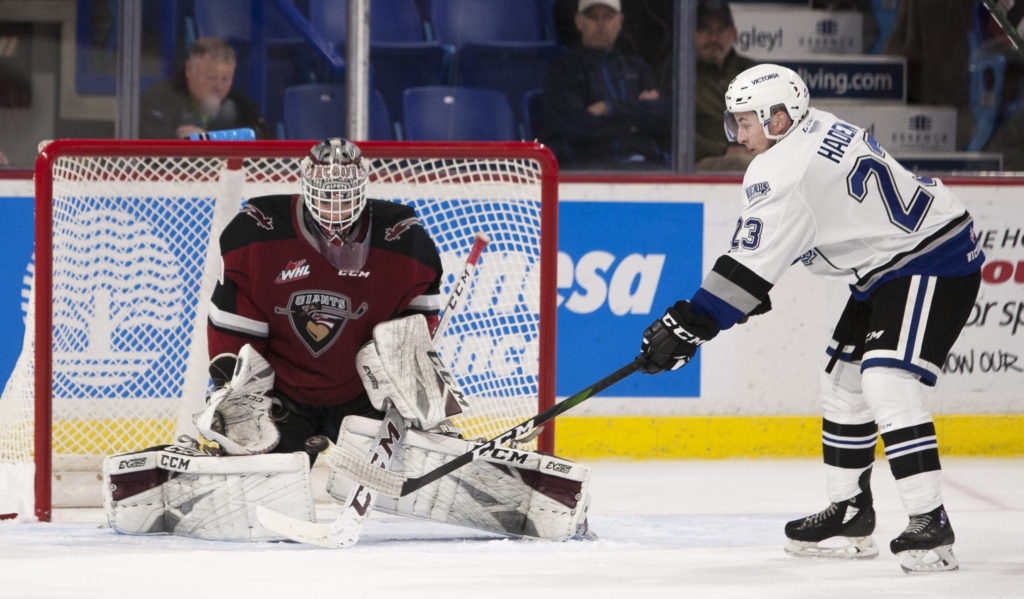 Sunday night at the LEC the Vancouver Giants (7-7) wrapped up their weekend with a 3-1 loss to the Victoria Royals (4-4-1-0). Sean Gulka notched a goal and an assist for the Royals while goaltender Brock Gould turned aside 26 shots for the win. Giants captain Alex Kannok Leipert had the Giants lone tally which came late in the third period with the net empty. David Tendeck stopped 21 of 23 shots in goal for Vancouver.

GIANTS WRAP UP WEEKEND WITH A LOSS TO THE ROYALS

VIC – Mitchell Prowse opened the scoring for the Royals at 15:19 off a shot from the left-wing circle. River Fahey and Sean Gulka assisted on the play.

VAN – With one minute and 22 seconds remaining, Giants captain Alex Kannok Leipert moved the Giants back within one when he crashed the net and converted off a Dylan Plouffe rebound. Tristen Nielsen added the second assist on the goal that was scored six-on-five.

VIC – Back came the Royals at 19:36. Tarun Fizer put the game out of reach with an empty-net goal at 19:36, clinching the fourth win of the season for the Royals.

Victoria: 1/4 on the Power Play

Next Game: Friday night at home against the Everett Silvertips at 7:30 PM.