Giants Draft Forward and Defenceman in Second Round 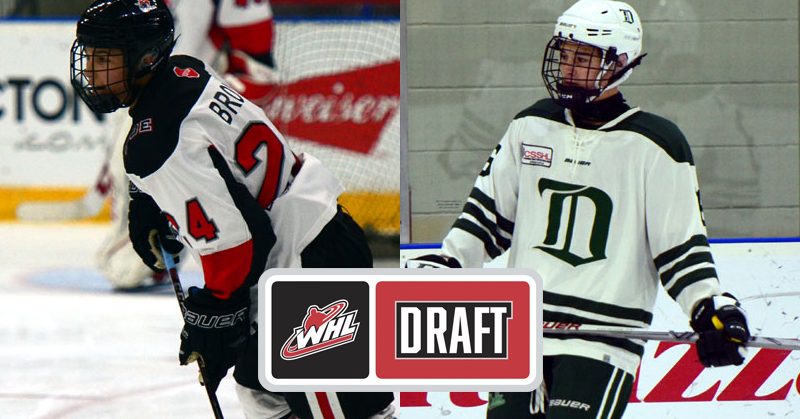 The Vancouver Giants are proud to announce that the hockey club has selected defenceman Tanner Brown and forward Cole Shepard in the second round of the 2017 WHL Bantam Draft being held this morning in Calgary, Alberta.

“Tanner is a two-way defenceman that showed great improvement throughout the season while Cole competes hard and has great speed and high end skill,” said Glen Hanlon, Giants General Manager. “We’re excited to add both of them to our group.”

Brown, who hails from Kelowna, went to the G-Men at 24th overall. He scored seven goals and 22 assists in 26 games with the Pursuit of Excellence Hockey Academy’s Bantam Prep team in 2016/17. The 5’11”, 170lb blue liner also added four points in five playoff games, helping POE to the Bantam Prep Championship. Brown played at the 2017 U16 BC Cup last month, scoring three goals in four games for Team Green.

Shepard was selected by Vancouver at 33rd overall. The West Vancouver native bagged 19 goals and 28 assists in 30 games with the Delta Hockey Academy’s Bantam Prep team during the 2016/17 season. He was a teammate of Justin Sourdif who Vancouver chose in the first round. Shepard added a goal and two helpers in five playoff games. The 5’8″, 142lb winger scored one goal in four games for Team Blue at the 2017 U16 BC Cup.