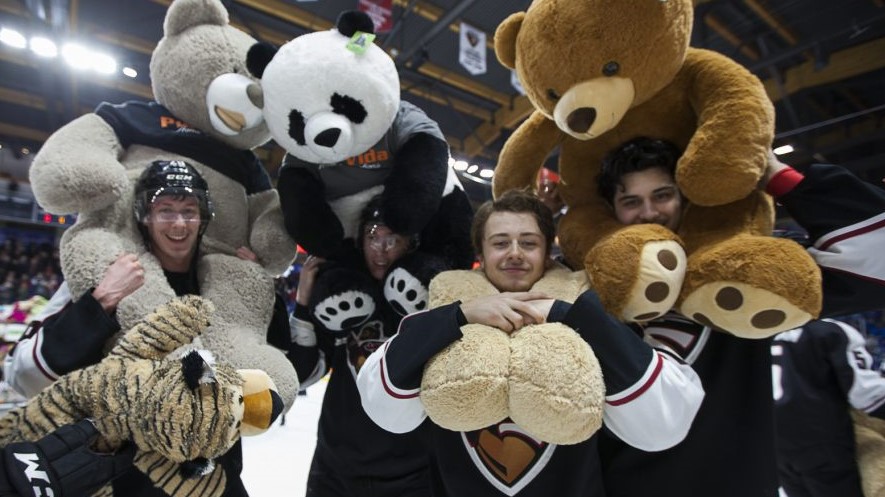 Malm brought the Teddies raining down less than four minutes into the game, beating Portland goalie Cole Kehler with a hard wrist shot from the left face-off dot. Hardy extended the lead just 25 seconds later when caught Kehler out of the goal and scored his first of the season on a wraparound. Evan Weinger got Portland on the board when he beat Giants goaltender Ryan Kubic on a 2-on-1, but Foster tallied his first of the evening on a power play, tipping a Tyler Benson point shot into the Winterhawks’ goal, just after the midway mark of the opening frame.

Neither team scored in the second, and the G-Men added three unanswered goals early in the third period to go ahead 6-1. Barberis scored the eventual game winner from the high slot before Foster chased Kehler from the Portland goal when he bulged the twine from the left circle. Rayman added his first of the campaign on a hard shot from the middle of the ice. Alex Overhardt and Skyler McKenzie scored late goals for Portland.

Portland out shot Vancouver 34-31. The Giants went 1-for-7 on the power play.

Foster’s second goal was the Insurance Goal of the Game.

The G-Men will play their final game before the Christmas break on Saturday night in Victoria against the Royals. Puck drop is slated for 7:05pm.

Vancouver’s next home game at the Langley Events Centre will be played on December 27th against the Everett Silvertips. For tickets, click here or call 604.4.GIANTS (604.444.2687). 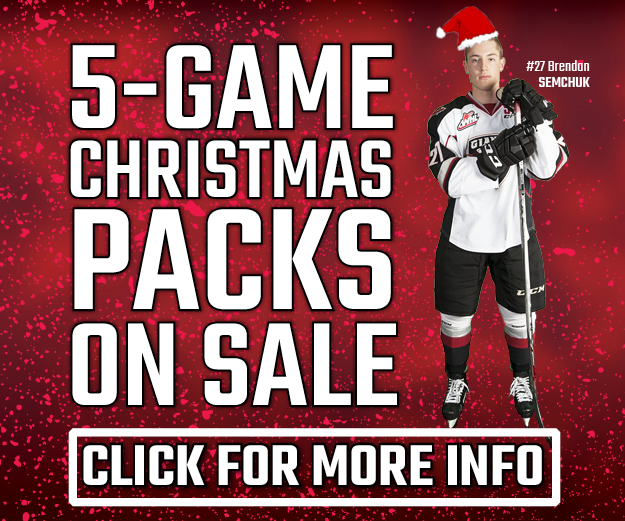