Giants Double Up the Blades 6-3 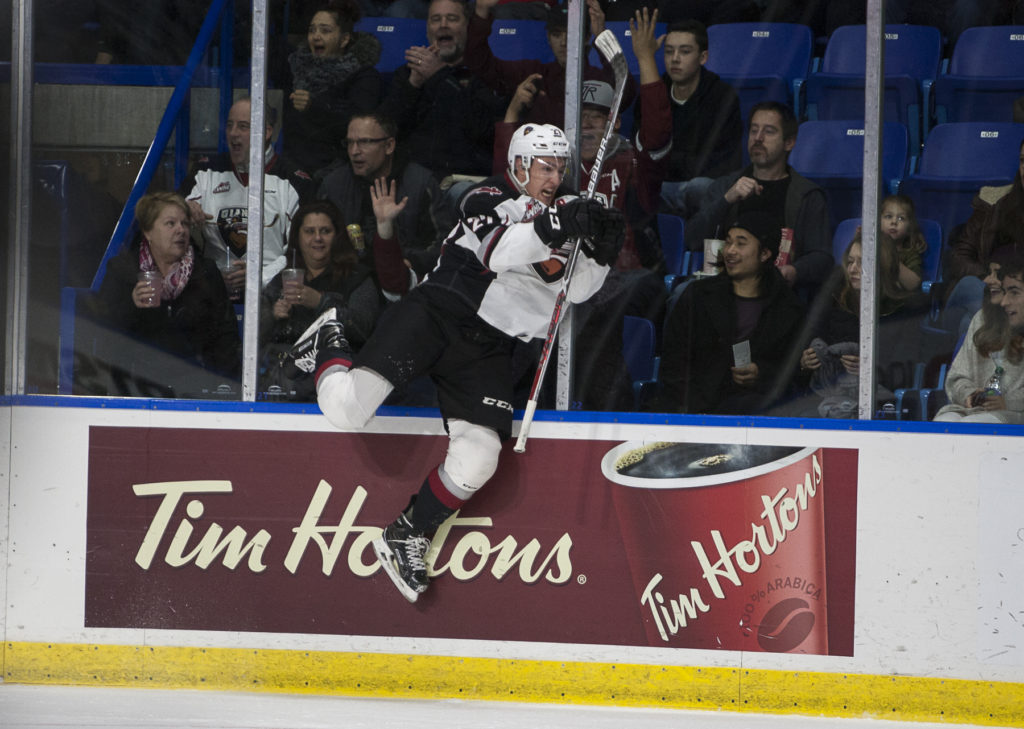 The Vancouver Giants (4-4-1-1) are back at the .500 mark after their second road victory in as many nights. Wednesday night in Saskatoon James Malm grabbed a goal and two assists while his linemate Brendan Semchuk tallied twice in a 6-3 Giants victory over the Saskatoon Blades. Between the pipes rookie Todd Scott made 32 saves to earn his first WHL victory. Cameron Hebig had two goals in response for the Blades (3-6-0-0).

For a third straight game the Giants managed to score within the first two minutes of the game. At 1:59 Milos Roman pounced on a Saskatoon turnover in the slot and wired a shot past former Giant Ryan Kubic and home for his third of the season.

Saskatoon responded late in the first when 20-year-old Cameron Hebig snuck a high shot through traffic and past Todd Scott for his first of two on the night. Hebig’s goal came via the power play which would end up going one-for-five.

Shots were 12-7 for the Blades after one.

21 seconds into period two the Blades grabbed their first and only lead of the game when Tampa Bay prospect Libor Hajek netted his third of the season off a two-on-one rush with Braylon Shmyr. That lone Saskatoon lead lasted a total of 14 seconds.

Off the ensuing faceoff, James Malm forced the puck to Brendan Semchuk along the right wing. The 18-year-old gained the blueline, skated into the right-wing circle and snuck a low shot through the legs of Kubic and in for his second of the season and his first of two on the night.

With less than five minutes remaining in the second Tyler Popowich got in on the act offensively when he knocked his first of the season past Kubic off a Brad Morrison rebound. The Giants led 3-2 after two despite being outshot 21-18.

6:58 into the third, James Malm extended the Giants lead to 4-2 when he outwaited Ryan Kubic and put the puck past him from just beneath the left circle. Brendan Semchuk then grabbed the Giants a three-goal cushion when he one-timed home a Matt Barberis pass on a power play at 11:53.

That goal would prove to be valuable as the Blades stormed right back 21 seconds later when Cameron Hebig stuffed his second of the game past Scott from in close off a Mark Rubinchik rebound.

Seconds later Todd Scott made his best sequence of saves for the Giants as he turned away both Michael Farren and Caleb Fantillo who had chances in close.

With time winding down in the game, Dean Brockman elected to pull Ryan Kubic with 3:41 left on the clock which ultimately resulted in the final Giants goal of the game into an empty net.

Dylan Plouffe and James Malm did great work along the right wing boards to free the puck up ice, and once Malm found a wide open Owen Hardy down the left wing, he wired his fourth into the empty net to secure the Giants their fourth victory of the season and their second in as many games.