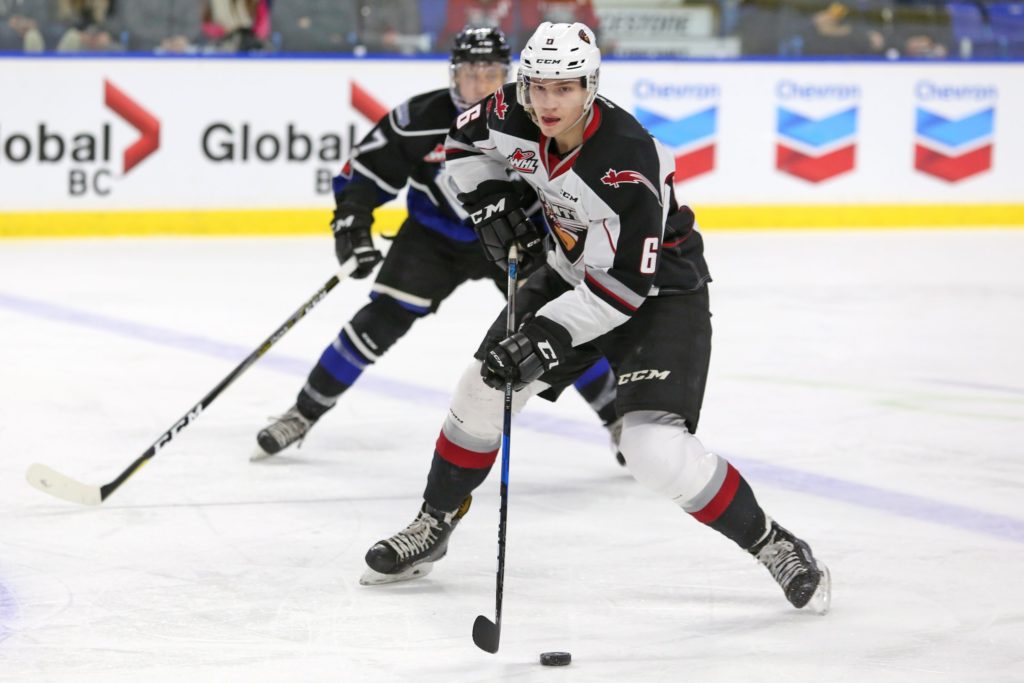 Another Vancouver Giants is heading to an NHL camp ahead of the 2018-19 season. 1999-born defenceman Dylan Plouffe (Sherwood Park, AB) will be competing for the Arizona Coyotes in the Vegas pre-season tournament beginning on Saturday, September 8th and running through the 11th.

Originally selected by the Giants in the second round (29th overall) in the 2014 WHL Bantam Draft, Plouffe is coming off his third full season with the team. Last season he set new season highs for goals (nine), assists (31), plus-minus (+5) and penalty minutes (55). In 181 career games with the G-Men Plouffe has notched 15 goals and 51 assists for 66 points to go along with 127 penalty minutes.

After starting the pre-season with a 2-0-0-1 record, the Giants will return to action at this this weekend when they host a three-day, four-team tournament at the Langley Events Centre. The Giants battle the Victoria Royals on Friday night at 7:00 PM.