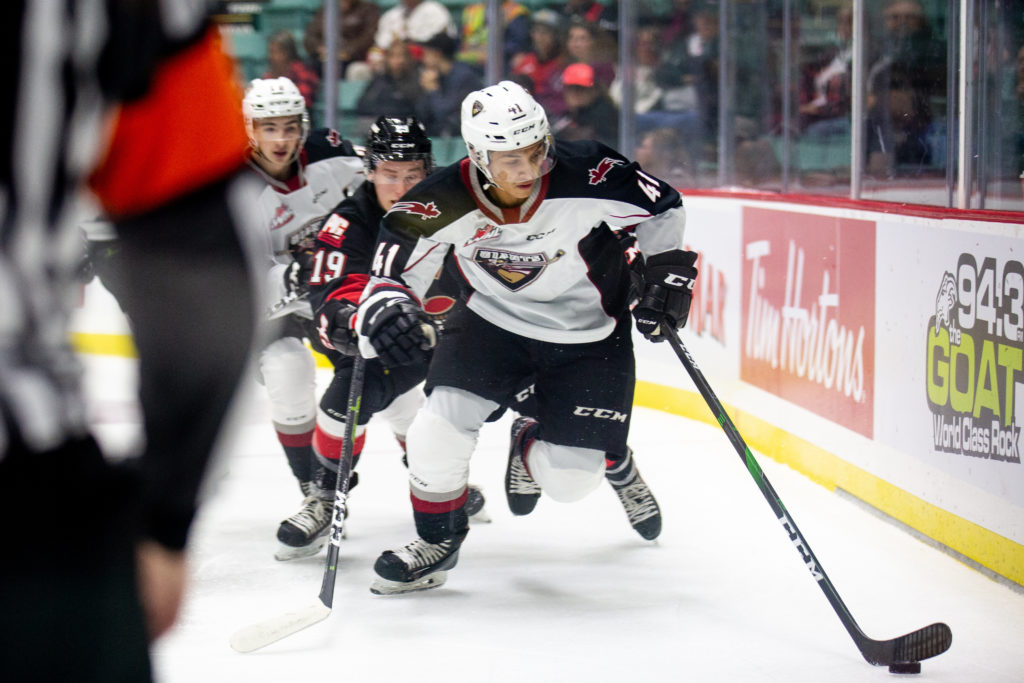 The Vancouver Giants kicked off their season in fine fashion last night. Five different skaters found the back of the net and Trent Miner did his part in goal as the Giants earned a 5-3 victory over Prince George. Tonight the G-Men will look to complete a weekend sweep when they battle the Prince George Cougars once again.

Tyson Upper single-handedly brought the Cougars back to life in the second period of last night’s game. Upper scored twice in the final 3:31 of the second period to erase a 3-1 deficit for his team. Earlier in the period he drew a penalty and nearly scored on a breakaway attempt. Upper had five goals last season, and he should obliterate that total in 2019-20.

The good news for Prince George last night: They generated seven power play chances. The bad news: They scored on just one of them. Their top power play unit featured three defensemen (Moberg, Schoettler, Rhinehart) along with Josh Maser and Ethan Browne. The Giants can not afford to take seven minor penalties again tonight.

Nine Vancouver Giants found the scoresheet in yesterday’s victory. Five different players scored goals while Seth Bafaro, Owen Hardy and Tristen Nielsen each recorded multi-point games. Last season depth was a vital component to the Giants success, and this season should be no different.

With the win last night, Trent Miner improved his lifetime record to 5-0 against Prince George. The 2001-born goaltender stopped 20 of the 23 shots fired his way, including all nine that he faced in the third period. The Giants have not yet announced who their goaltender will be for tonight’s rematch.

CUE TO THE HIGHLIGHT REEL:

Justin Sourdif’s first goal of the 2019-20 season was a stunner.