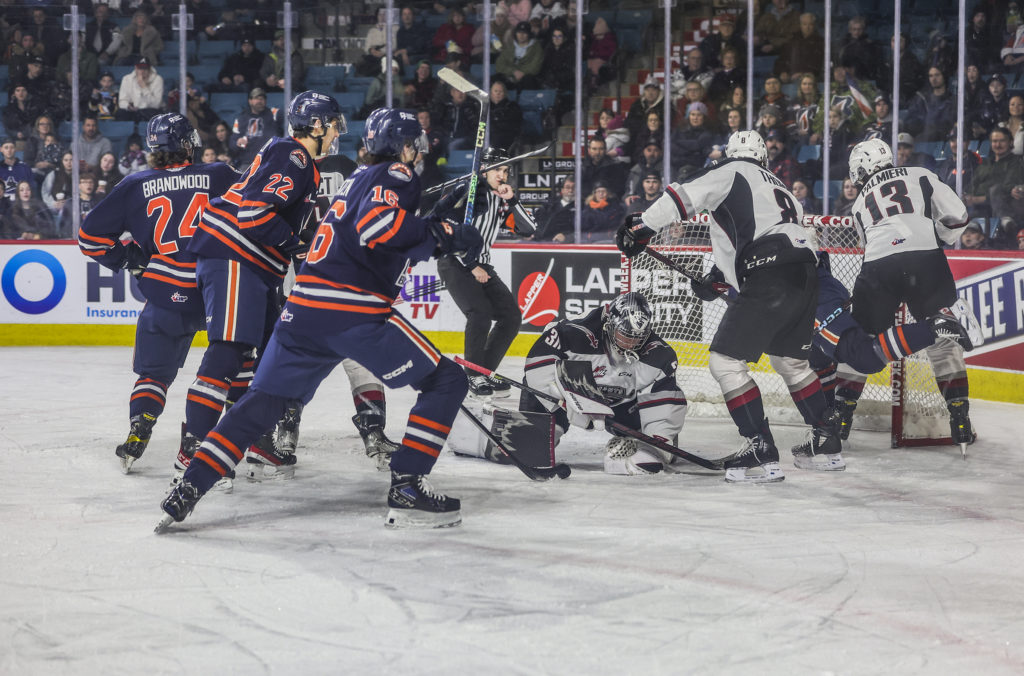 Kamloops, BC – In a goaltending duel at the Sandman Centre on Friday night, the Giants and Blazers played 55:34 of shutout hockey, but the Blazers ended the night with three on the board.

KAM: Logan Stankoven opened the scoring with under five minutes remaining in the game, it was his 16th of the season.

KAM: Just 0:55 later, the Blazers capitalized on a power play as Connor Levis doubled the lead for the home team.

KAM: Matthew Seminoff iced the game with an empty netter at 18:21 of the third period.

Next Game: The Giants head back home to face the Blazers again on Saturday.