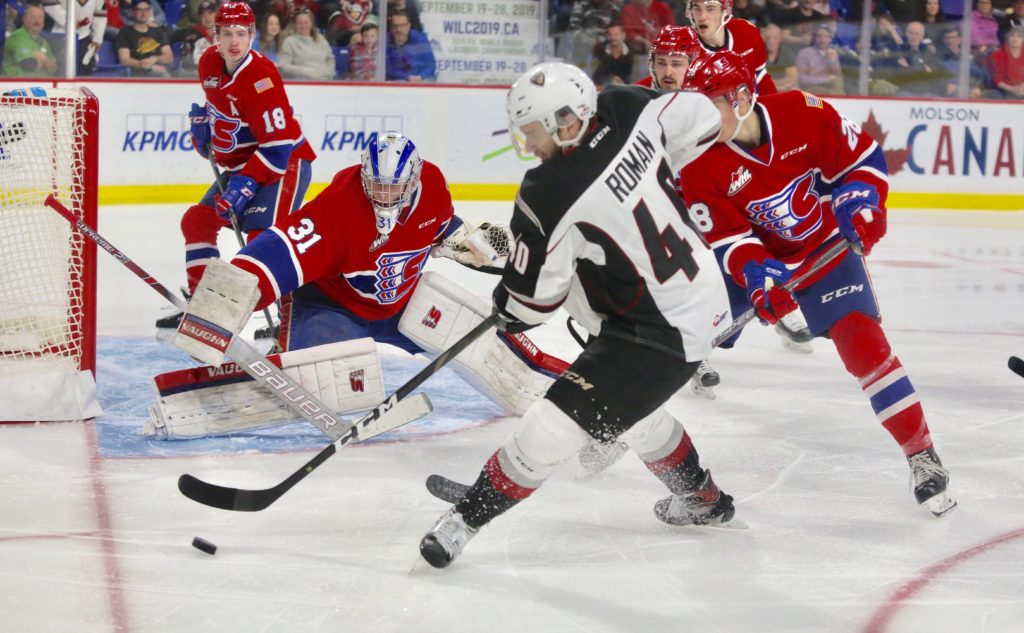 Tonight in Spokane, the Vancouver Giants clash with their 2019 Western Conference Final foes, the Spokane Chiefs for the first time this season. The Giants are coming off a spirited 5-4 overtime victory last Saturday against Edmonton and are looking to secure win number 13 on the year. The Chiefs are also sitting at 12 wins for the season and are looking to atone for a 4-0 shutout loss suffered Wednesday in Everett.

Last Game: A 4-0 loss in Everett on Wednesday night.

Minnesota Wild prospect Adam Beckman is off to a great start in his second full WHL season. The product of Saskatoon, SK leads the Chiefs with 35 points through 22 games and coming into tonight has registered six goals and nine assists for 15 points over the course of his past nine games. Last season Beckman had 32 goals which ranked him second among all WHL rookies. The only rookie with more goals was Moose Jaw’s Brayden Tracey.

KRAL BEFORE YOU RUN:

Toronto Maple Leafs prospect Filip Kral is on pace to obliterate his previous season high for both goals and points. Already Kral has registered eight goals which ranks him second among all WHL defencemen behind Portland’s Johnny Ludvig. His 25 points rank him second on the team in scoring and third in the league amongst defencemen.

Last Game: A 5-4 overtime victory at home over Edmonton on Saturday

Tristen Nielsen’s first full season in a Giants uniform has gone remarkably well. Offensively Nielsen leads the team with 12 goals and 23 points. Last Saturday against Edmonton, Nielsen paced the Giants attack with two goals and an assist for three points. Over his past four games, Nielsen has struck for three goals and three assists for six points. His next goal will mark the 50th of his WHL career.

Tonight the Giants will have two fresh faces in their lineup. Up front, Michal Kvasnica makes his Vancouver Giants debut after joining the team from the Czech Republic. And on the back end, Connor Horning will suit up after being traded to Vancouver last weekend from the Swift Current Broncos. Kvasnica had 20 points last season with the Portland Winterhawks, while Horning had 31 points with Swift Current. Both should receive ample opportunity to contribute to their new club this weekend.