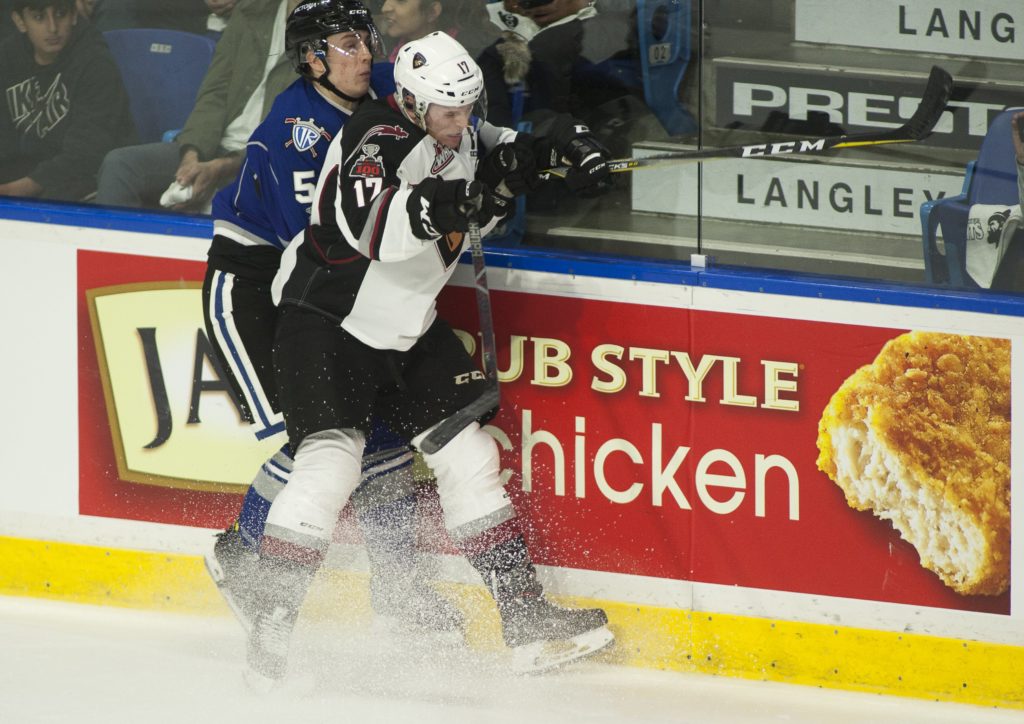 Vancouver Giants captain Tyler Benson has joined he Edmonton Oiler’s AHL affiliate, the Bakersfield Condors. Benson was selected by the Edmonton Oilers 32nd overall in 2016 and signed an entry-level contract with the NHL club in December, 2016.

Originally selected by the Vancouver Giants first overall in the 2013 WHL Bantam Draft, Benson recently completed his fourth season in the WHL, setting new career highs across the board. In 58 games he scored 27 goals while adding 42 assists for 69 points. He added three goals and eight assists for 11 points in seven playoff games which led the team. He was named Co-MVP along with Ty Ronning and also won the team’s Inspirational Leadership Award. For his career, Benson suited up in 190 WHL regular season games where he registered 61 goals and 123 assists for 184 points.

Internationally, Benson has represented Canada on four occasions. Twice he donned the Maple leaf for the World Under-17’s and later captured a Bronze Medal at the World Under 18’s in 2014-15 and a Gold at the Ivan Hlinka Memorial Tournament in 2015-16.

The Condors are in Winnipeg and will face the Manitoba Moose tonight at 5:00 PM PT. Per the team’s Twitter account – Benson will make his pro debut tonight.