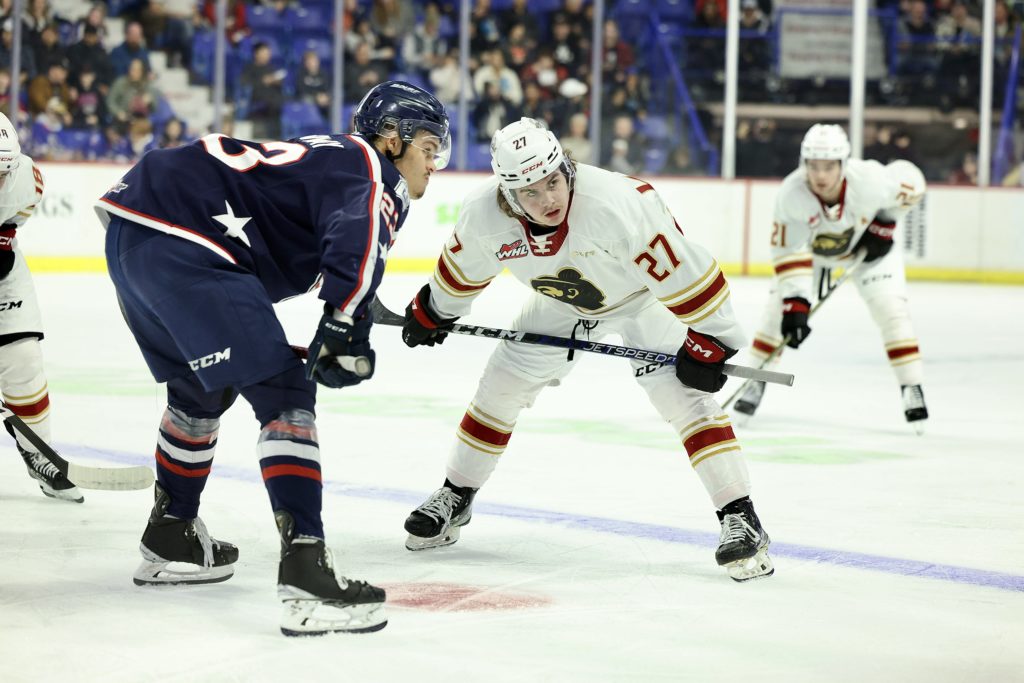 Langley, BC – The Giants fell into a deep hole and couldn’t dig themselves out of it, as they fell 7-3 on home ice to the Tri-City Americans Sunday afternoon.

TC: Tri-City opened the scoring 4:11 into the game as Tyson Greenway slipped one in from the half wall on the power play.

TC: Jalen Luypen added a third 1:04 into the second on a rebound off a partial break.

TC: Chase Friedt-Mohr increased the lead to four 1:13 later on a delayed penalty.

TC: Elouann Lemonnier increased the Tri-City lead to six just 3:20 later on a rebound at the side of the net.

TC: Ethan Ernst buried a powerplay goal with 1:50 to go in the period.

VAN: Kyren Gronick got the Giants on the board 6:14 into the third period on a rebound.

VAN: Midway through the period, Mazden Leslie scored a powerplay goal on a great individual effort.

VAN: Ty Halaburda finished the scoring for the evening off a low play on a delayed penalty with 1:36 left.