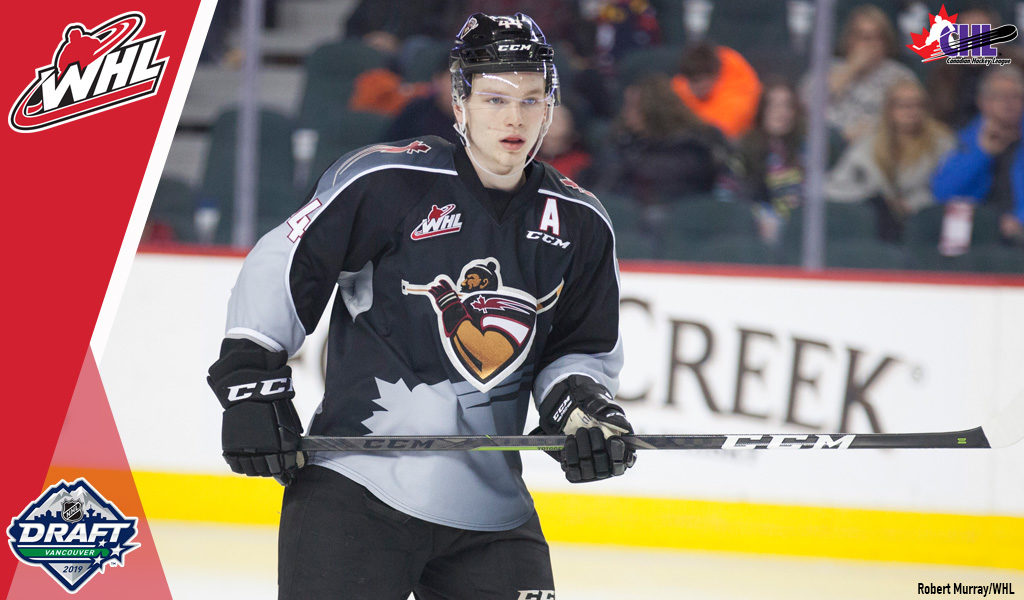 All eyes will be on Bowen Byram at the 2019 NHL Draft in Vancouver.

With the first two picks of this year’s class essentially a shoo-in, the action starts at the next selection, where at third overall the Chicago Blackhawks could call the name of the Vancouver Giants blue-liner.

There’s certainly a lot to like about Byram, and his showing in the second half of the regular season in addition to the playoffs best illustrated that.

After wrapping up the 2018-19 campaign with 71 points, including a league-leading 26 goals, Byram went on a tear in the postseason, picking up a WHL-best 26 points as he guided the Giants to the Ed Chynoweth Cup Final.

“This kid gets it. Everything about Byram tells that story,” NHL Central Scouting director Dan Marr told Sportsnet’s Starting Lineup. “He stepped into the league (with the Giants) and he helped take that team to the level that it’s at now. He’s a pretty complete package in that he can make plays in all zones, under pressure, in traffic, and from the blue line to the goal line, which is not something that a lot of defencemen can hone their craft at.”

The top ranked CHL player ahead of the 2019 NHL Draft, Byram sat fourth among North American skaters at the midterm but used a strong second half to climb the ranks, beginning in mid-January when he collected five points in a single game to set a Giants’ franchise record. In all, the second half saw the Cranbrook, B.C., native pick up 43 points in just 33 games, including at least one point in nine of the final 10 games of the 2018-19 season.

Byram is one of 14 WHL defenceman ranked by Central Scouting, with the next highest being Kelowna Rockets blue-liner Lassi Thomson, who comes in at 15th. He’s also one of two members of the Giants earmarked for this year’s draft alongside teammate and goaltender Trent Miner. The Giants are one of 18 WHL clubs with multiple players slated for the 2019 NHL Draft, with the Rockets leading the way with five up-and-comers.