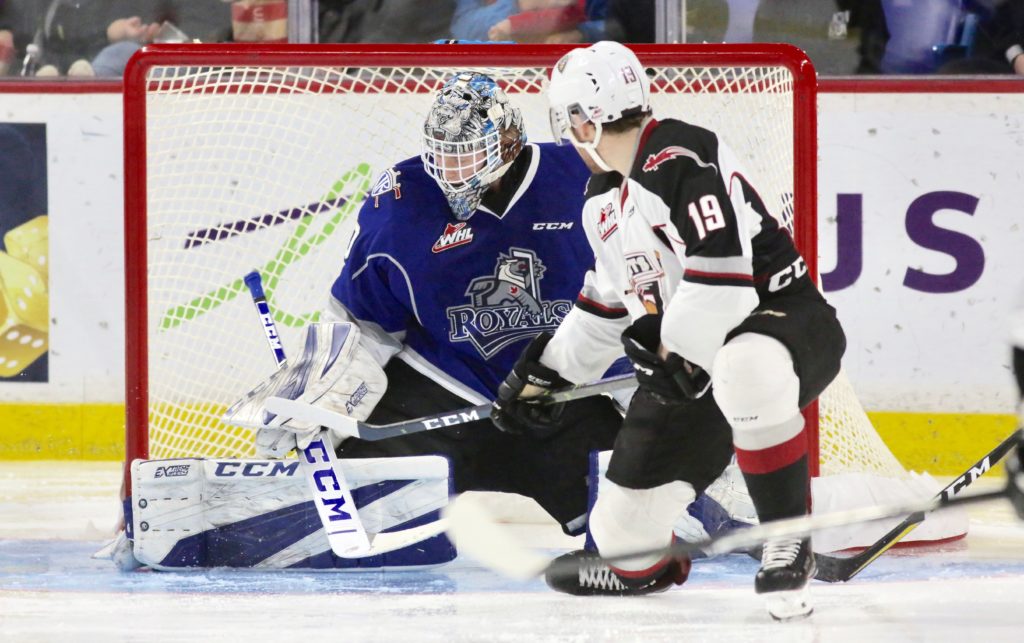 The Vancouver Giants are off and running in Round 2. Friday night in front of 4500-plus at the Langley Events Centre, the Giants defeated the Victoria Royals 3-0, giving themselves a 1-0 lead in the second-round best-of-seven series. Davis Koch, Jared Dmytriw and Dawson Holt had the goals for Vancouver while Bowen Byram had two assists. Trent Miner stopped all 15 shots he faced in goal giving him three wins in the playoffs and his first career WHL shutout. Griffen Outhouse answered with 25 saves in the Victoria net.

VAN – Davis Koch opened the scoring at 13:44 of the first period on a power play when he took a feed from Bowen Byram, skated in close down the left-wing and tucked home his second of the playoffs on a forehand deke to move the G-Men up 1-0. Dylan Plouffe had the second assist on the goal.

VAN – 5:50 into the final period Giants captain Jared Dmytriw (2) pounced on a Victoria turnover, raced in alone on Griffen Outhouse and roofed a backhander up and over his stick and home to give Vancouver a 2-0 lead. Bowen Byram and Alex Kannok Leipert drew the helpers on the WHL’s highlight of the night.

VAN – At 18:12 of the third, Dawson Holt (2) potted his second of the playoffs into the empty net, cementing the Giants victory in Game 1. Jared Dmytriw had the lone assist on the Holt marker.

Victoria: 0/3 on the Power Play