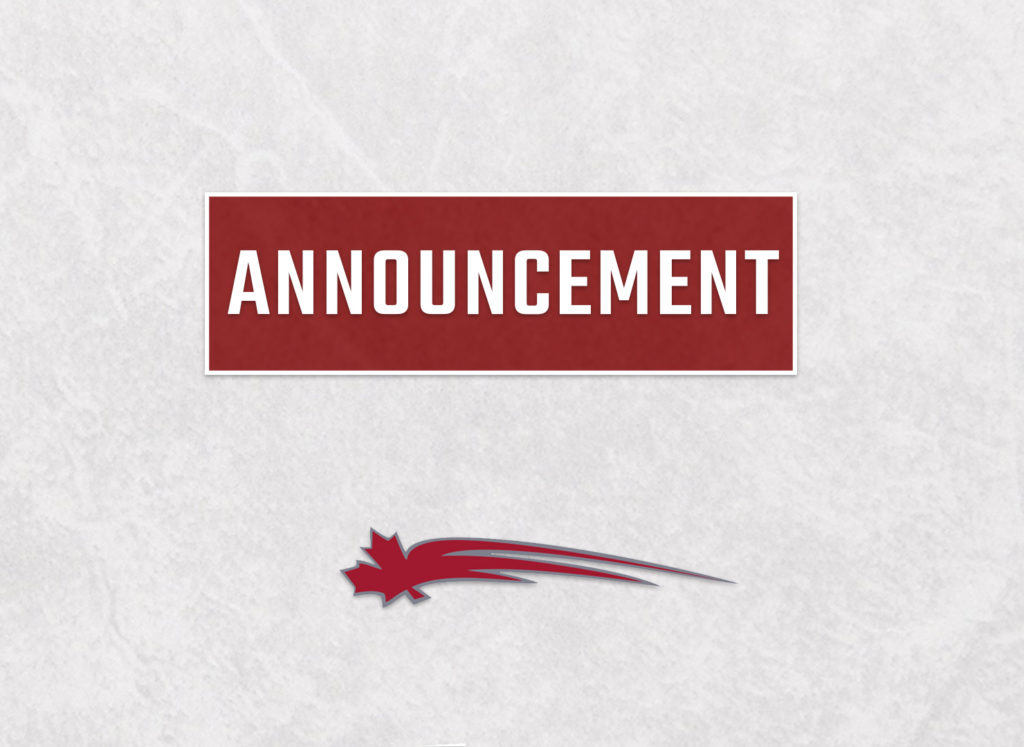 The Vancouver Giants in conjunction with the Western Hockey League announced today that the home game originally scheduled for tomorrow, Sunday, January 9th at 4:00 PM against the Portland Winterhawks has been postponed. The game will be rescheduled to a later date (still to be determined) and all purchased tickets for Sunday, January 9th will remain valid.

The postponement comes as a result of multiple players and staff being added to the WHL COVID-19 Protocol List due to exhibiting symptoms or having tested positive for COVID-19.

At this time, both games scheduled for next weekend on Friday, January 14th and Saturday, January 15th at home against the Prince George Cougars are unaffected by today’s announcement.

The safety of the fans, players, staff members, volunteers and all supporters of the Vancouver Giants remains our top priority. Further updates regarding rescheduled games will be made in the days to come when those details become finalized.

Please see the complete release from the WHL attached below for further information.

The Western Hockey League announced today that the Moose Jaw Warriors, Regina Pats, and Tri-City Americans have all been cleared to resume all team activities, in accordance with WHL COVID-19 Protocols.

Additionally, the WHL announced today that the Vancouver Giants have paused all team activities as a result of multiple players or staff being added to the WHL COVID-19 Protocol List due to exhibiting symptoms or having tested positive for COVID-19.

As a result, Sunday’s WHL Regular Season game between the Portland Winterhawks and Vancouver Giants has been postponed and will be rescheduled at a later date.

Saturday’s WHL Regular Season game between the Portland Winterhawks and Kelowna Rockets will be played as originally scheduled at Prospera Place (7:05 p.m. PT).

The WHL is working in consultation with the WHL Chief Medical Officer regarding the matter concerning the Vancouver Giants.

The health and safety of all WHL participants is the top priority for the WHL. In order to reduce the risk of exposure to and transmission of COVID-19, the WHL requires all WHL roster players, hockey operations staff, and other team and League office personnel to be fully vaccinated against COVID-19 with a Health Canada approved vaccine.