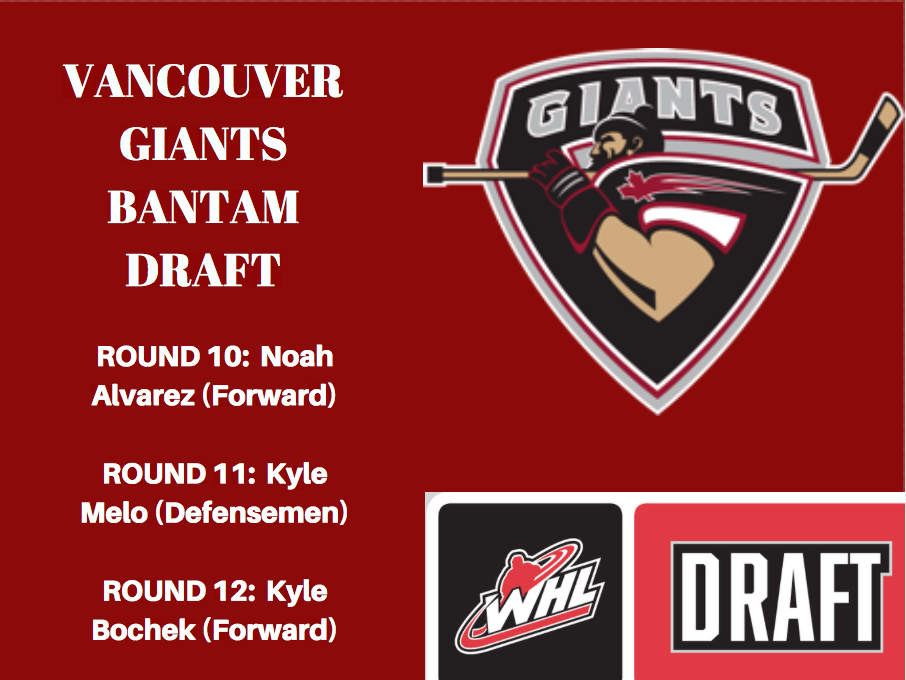 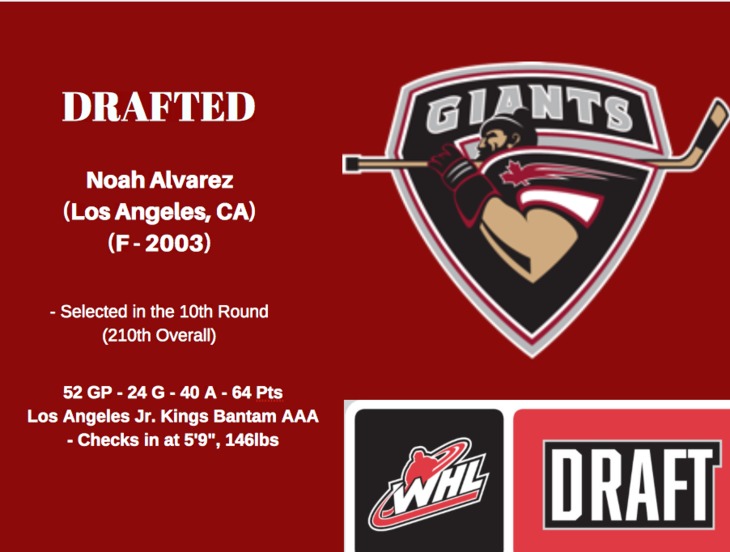 Giants Scout Mike Green comments, “Noah is tremendously skilled. He has terrific offensive instincts but has an equally impressive work-ethic. We’re thrilled that he was available to us at this stage of the draft.”

Noah Alvarez was the only American-born player selected by the Giants on Draft Day. 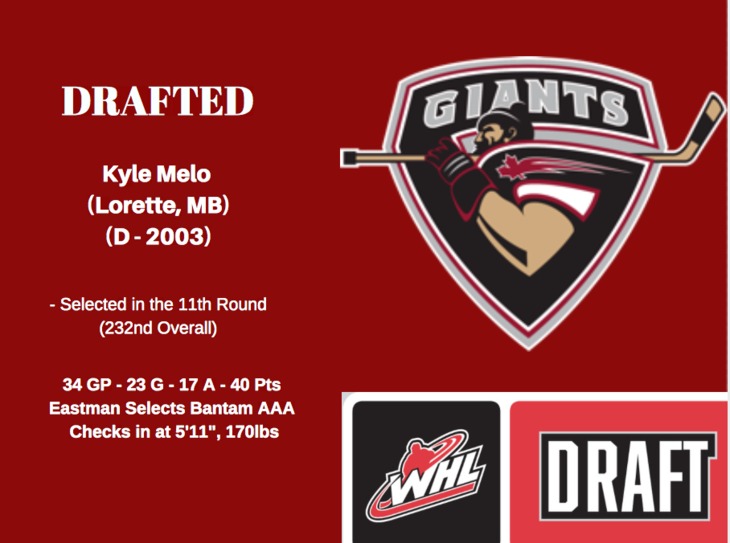 “He’s the type of player that always wants the puck on his stick,” said Giants Head Scout Terry Bonner. “He’s a leader who played top-unit power play and penalty-kill for his team. He competes hard every shift and shows no fear.”

Melo is the third defenceman and second Manitoba-born player selected by the Giants in the 2018 WHL Bantam Draft.

With their final pick in the 2018 WHL Bantam Draft, the Giants went to the Prairies again to select Moosomin, SK’s Kyle Bochek. 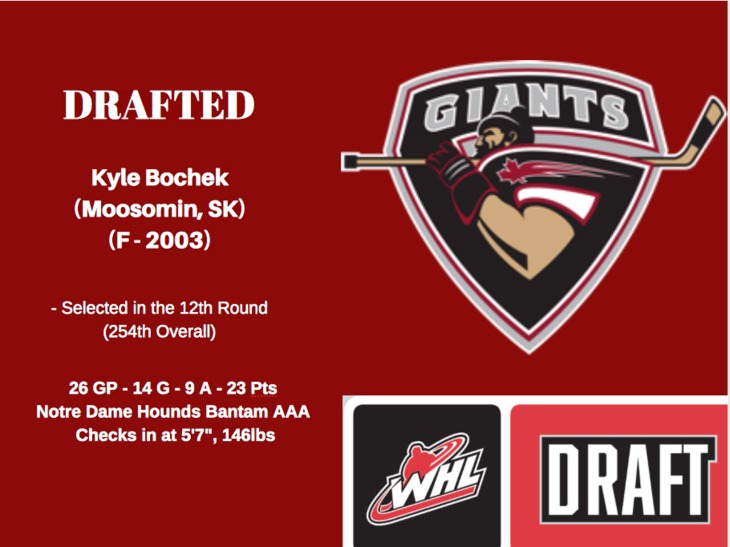 Giants Scout Bill Gibson says, “He plays the game hard. He’s willing to go into the corners to make a tough play and brings great hands and a strong shot to the table as well. He’s the kind of player that brings a little bit of everything to each game he plays.”

Bochek was the sixth forward and lone Saskatchewan-born player selected by the Vancouver Giants at the 2018 WHL Bantam Draft.